The Harry Potter ‘Big Seven’ – Where are they now?

Potter gave some young actors a leg-up, but it created few genuine stars. Where did the broomsticks take the ones JK Rowling called ‘The Big Seven’? 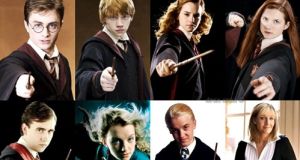 Radcliffe looked to be faltering for a while. He admitted to excessive drinking and gave up the booze in 2010 as Potter was winding down. Made the most of his awkward presence as Allen Ginsberg in Kill Your Darlings and a dead body in Swiss Army Man. But his greatest post-Harry triumphs have been on stage: Equus, How to Succeed in Business Without Really Trying and opposite Pat Shortt in The Cripple of Inishmaan.

An intelligent woman with a commendable dedication to work, Watson found time to graduate from Brown University, a prestigious Ivy League college, with a degree in English literature. She has also campaigned for girls’ education and delivered a stirring address to the UN arguing the virtues of feminism. Her acting career progressed in fits and starts – Noah for Darren Aronofsky; The Bling Ring for Sofia Coppola – before, earlier this year, she finally scored a hit with Beauty and the Beast.

There’s no justice in the world. Despite being the most talented of the main three, Grint has been the least visible since the series finished in 2011. Had lead roles in the French comedy Moonwalkers and the Scandinavian war film Into the White. Took medium roles on stage in Jez Butterworth’s Mojo and Terrence McNally’s It’s Only a Play. His most significant non-Ron part came earlier this year when he played “the posh one” in a TV adaptation of Guy Ritchie’s Snatch. Reviews were mixed.

The Termonfeckin girl was famously a huge Harry Potter fan before she was cast in the role. She subsequently scored a significant part in Lenny Henry’s autobiographical TV film Danny and the Human Zoo, but her most challenging role was as the title character in Simon Fitzmaurice’s well-received My Name is Emily.

Felton was already a busy young actor – a veteran of several commercials – before ending up at Hogwarts. Though the role didn’t lead to superstardom, Felton has barely been out of work since. Did good work for Amma Asante in both A United Kingdom and Belle. Soon to be seen opposite Dominic Cooper in the thriller Stratton. A keen carp fisherman, apparently.

The Yorkshire man has made a few appearances on film over the past five years, but that thin, handsome face has been more frequently seen on television. He had regular roles on the bomb disposal series Bluestone 42 and the gothic horror Ripper Street. He lives in London, but remains devoted to Leeds rugby.

Bonny has not rested since hanging up her Quidditch togs. She was excellent in Stephen Brown’s adaptation of John Banville’s The Sea and could also be seen opposite David Warner in the independent film Before I Sleep. In 2012, her film Separate We Come, Separate We Go screened in the Short Film Corner section at Cannes.