The Art of the Steal

The Art of the Steal - trailer 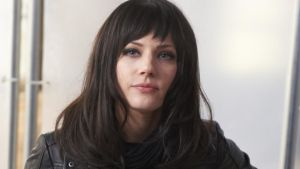 Film Title: The Art of the Steal

To refer to this mid-budget, globe-trotting caper as derivative is a little like describing Siberia as somewhat large and occasionally nippy. It reeks of those late 1990s thrillers by Guy Ritchie and others that attempted to process Quentin Tarantino’s own musings on the works of Elmore Leonard.

The Art of the Steal involves a gang of thugs with colourful names. Titles flash across the screen at random intervals. At least two characters find themselves in the trunk of a motorcar. You know how these things go.

The largely Canadian film is reasonably well cast. Kurt Russell is dry and abrasively charming as Crunch, a high-end hood who, after being betrayed by his brother Nicky (Matt Dillon), ends up doing time in a Polish prison for the theft of a Gaugin painting.

On release, against his better judgement, Crunch gets sucked into another scheme with Nicky and associated misfits. Jay Baruchel does his trademark jumpy thing as a young sidekick. Kenneth Welsh drags up an Irish accent from the seventh circle of repertory hell as an older fixer.

The film is lively enough to entertain anybody who sat through Things to Do in Denver when You’re Dead without gagging. The bizarrely promiscuous globe-trotting (we take inWarsaw, Quebec City, Detroit, Amsterdam, Niagara Falls) manages to keep monotony at bay. There’s a very good twist in the last 20 minutes.

Still, the laziness does ultimately prove close to unbearable. Cringe, during the opening flashback, as they engage in a scam constructed around a plothole so huge it threatens to suck the entire film into its inky depths.

It gets better. But it doesn’t get that much better.