The 33: ‘In another week they would have begun to die’

The Chilean mining disaster is now a film, and the fact that 33 people came out alive is one of the great survival stories of our time, Héctor Tobar tells Donald Clarke 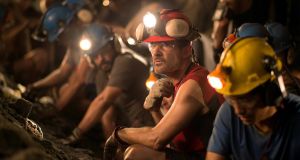 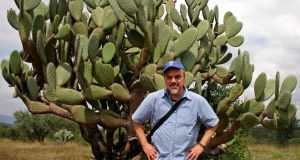 The 2010 Copiapó mining accident is very much a story of our times. Following a massive cave-in, 33 men found themselves trapped underground for 69 days. Rescue seemed close to impossible, but thanks to a massive effort by the Chilean government, all were eventually brought to the surface.

In such cases, there is invariably talk of book deals and a “major Hollywood movie”. Héctor Tobar, an American journalist of Guatemalan descent, wrote a very fine non-fictional novel called Deep Down Dark. Now we have The 33, a slightly “problematic” film, derived from that book.

Such is the afterlife of trauma in 2015

Tobar, a responsible writer, arrived to the project with much the same information as the rest of us. What surprised him when he began talking to the survivors? “It had been like being through a war,” he says.

“I didn’t expect to find so many men suffering from post-traumatic stress. The first man I talked to broke down when talking to me.

“All of the mythology was fascinating. People believe that the devil exists in gold mines. There is an eternal abyss that exists underground.”

Tobar’s book gets at the dangers of turning ordinary men into heroes. Suddenly their inner lives get swallowed up by the myth. “They were in a life-threatening state for 69 days. They needed care that was outside the norm.

“Instead, they are treated like heroes and sent off on these tours. That is not the best thing for them. They were open to the idea of treatment.”

There is a sense that the miners took on the identity of reality television stars. At a point when they should be allowed to get back to their lives, they were being poked and prodded by an incessantly inquisitive media.

One of the miners, Franklin Lobos, was a former footballer and had some grasp of how fame withers away. “Yes, it was weird that this one guy had some experience of it and he warned them all,” Tobar says. “You have to learn for yourself how that works.”

None of this diminishes the significance of the story. Written in the propulsive first person, Deep Down Dark confirms that overwhelming odds were overcome in extracting the miners from what might have been their tomb. No deeper rescue has ever been achieved. The miners’ resilience and resourcefulness is beyond doubt.

Positioned beneath a mighty mass of super-hard rock, the stranded group must have wrestled with the probability of death at every minute. It took 17 days before contact was made and the rescuers were able to replenish meagre supplies.

“There’s one image I’ll never forget,” he says. “Carlos Mamani, the Bolivian miner, remembers the 15th day. Many drills had missed them. Many miners were writing farewell letters to their families.

“There was a sense among them that there was a very good chance they would die. If you are that close to death, that can haunt you.”

Having survived that long without being crushed, they must have feared starvation.

“Yes that’s right. Starvation would have got them. In another week, the oldest and the weakest would have begun to die.

“They had maybe 10 days more before that would have started to happen. I saw this one video, right after they were found. The men on that video looked destroyed. Many were unable to speak. The effect of starvation on body and mind was clear.”

It hardly seems necessary to bandy hyperbole round such an extraordinary story, but those of us unversed in engineering lore will wonder quite how unlikely the rescue was. Are we talking about a miracle?

“The fact that nobody was seriously hurt in the initial collapse was remarkable,” Tobar says. “It’s impossible to drill through this hard rock in a straight line. The mine was really old. The blueprints were inaccurate. It maybe wasn’t a miracle, but it was remarkable. It’s the deepest mine rescue ever. That’s really something.”

Now we have the movie. The 33 is undeniably uplifting, but the casting of Gabriel Byrne as a Chilean engineer and a notably “browned-up” Juliette Binoche as a humble street-food seller has raised eyebrows.

“It’s a universal story,” Tobar says loyally. “We have seen productions of Hamlet done with Japanese casts. The universal themes of the story allow them to be played by anyone. It meant the producers were able to make a film that got wide distribution.”

He perks up for a farewell. “And it meant that I got to talk to somebody in Dublin. I’m reading Ulysses right now and I feel I am there all the time.”

The 33 opens next week