The Bleeding Edge review: Documentary of US legal laxity is by turns startling and terrifying 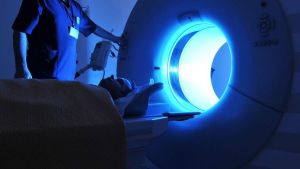 Doctors and specialists are often as uninformed as their patients

You’ve heard of big pharma: well, there’s a new menace looming in medicine. In fact, it’s not so new.

Not too far into this shocking documentary, the director of The Hunting Ground, Kirby Dick, dusts down an ancient monochrome public service film featuring the late Raymond Massey. The veteran actor cautions that while the old-time medicine man and his snake oil are being eliminated by tighter regulations, there’s a new kind of quackery which is “equally dangerous and far more difficult to control: phoney machines and devices which are supposed to diagnose and treat. Unlike new drugs, therapeutic devices do not have to be proved safe or effective before they are sold and used.”

Decades after that film was first broadcast, the $400 billion medical device industry is no better regulated. If anything, as various whistleblowers from the US’s Food and Drugs Authority (FDA) explain, there are even fewer safeguards. “When it comes to medical devices, we built a system that doesn’t work,” explains David Kessler, a former FDA commissioner for both the Bush and Clinton administrations.

The Bleeding Edge carefully teases out tricky relevant legislation: a 1976 Bill allowed manufacturers to “grandfather” in any product – no matter how unreliable – that happened to be on the market before that date. A newer amendment fast-tracks any product that is equivalent to something else on market, even when that means the product is equivalent to something that has already been recalled. There is, damningly, a nexus of employees moving between the FDA, hedge funds and the medical tech industry.

Scott Gottlieb, who was appointed head of the FDA by Trump, has promised to recuse himself for one year from any decisions involving the 20 healthcare companies for which he has worked.

Between startling facts and figures – more than 70 million Americans have been implanted with medical devices in the past 10 years; medical companies paid doctors more than $2 billion in the US in 2016 – there are terrifying case studies. Essure, a permanent contraceptive implant used by millions of women, has left many of them with persistent bleeding, chronic pain and ongoing corrective surgeries. Patients who were given hysterectomies by the robotic surgeries of the Da Vinci System describe colons and intestines falling out as a consequence of vaginal cuff dehiscence, a complication that turns out to be even more gruesome than it sounds.

Vaginal mesh implants make for another round of horror stories. Vaginal mesh lawsuits have cost manufacturer Johnson & Johnson $300 million in the past decade. But that’s chump change beside their revenues of $683 billion over the same period.

Perhaps the most discombobulating aspect of Kirby Dick’s investigation is that doctors and specialists are often as uninformed as their patients. Alaskan orthopaedic surgeon Stephen Tower describes the Alzheimer’s symptoms and tremors he experienced after opting for a cobalt hip implant. He has subsequently documented dozens of patients who experienced similar symptoms, which were immediately relieved when the cobalt implant was replaced by a traditional ceramic one.

The only non-surprise in this eye-opening chronicle is that no representatives for the manufacturers or for the FDA agreed to be interviewed.

Casting a Jesus or George Washington? Only Tom Hanks will do
5