Scrooge review: A Carol that hits all the top notes 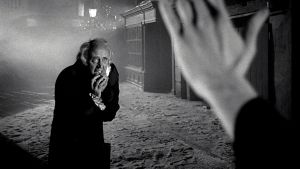 Alastair Sim, probably the best Scrooge in a multitude of film adaptations of A Christmas Carol

There is, out there on YouTube, a video that mashes 400 adaptations of A Christmas Carol into one impressively cohesive telling of that indestructible story. Consider, also, that every second officially unrelated Christmas movie fits Dickens’s template: a disillusioned grump is won over to the joys of Christmas. Something similar happens to Jennifer Aniston in the current Office Christmas Party. In It’s a Wonderful Life, George Bailey begins as Bob Cratchit before turning into Ebenezer Scrooge.

Naming any one version as the best is, therefore, fraught with peril. A busy Dickensian could live a life of Christmases without fully absorbing the hip-hop Carols, puppet Carols, sitcom Carols and animatronic Carols. Let us cautiously venture that Brian Desmond Hurst’s 1951 retelling is the best British live-action film version. Will that do?

This Scrooge was made as Britain was recovering from the Second World War and a fetid atmosphere of making-do hangs over the depictions of urban poverty. Hurst (a Belfast man, honoured by a plaque in Queen’s Film Theatre) was able to employ whole divisions of unequalled character actors to flesh out the dark corners with an energy that George Cruikshank would have admired.

The future John Steed (Patrick Macnee is the young Marley) and Arthur Daley (George Cole is the young Scrooge) are among those adding flesh to the film. Keep eyes open also for the permanently ancient Ernest Thesiger and a characteristically festive Hattie Jacques in smaller roles.

The film is, of course, all about Scrooge. The fact that Alastair Sim was always some version of the same character – a befuddled Scot who fails to hide inner warmth – does nothing to undermine his claim to be Britain’s greatest comic actor. He here achieves something that few Scrooges have managed before or since. Such is his tweedy charm that the reformed miser at the close is almost as much fun to watch as the tight-fisted, easily spooked monster in the opening hour. Watching most versions, the viewer is tempted to punch happy Scrooge. Here we yearn to share a sherry with the newly jolly rogue.