Melbourne review: A thriller with a vice-like hold | JDiff 2015 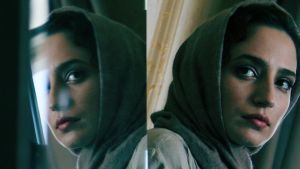 This tremendously sure-footed debut feature from Iranian director Nima Javidi is already being talked about as this year’s A Separation; it carries the comparison with Asghar Farhadi’s 2011 awards-magnet well and not just because both films feature Peyman Moaadi.

We never get to the titular Antipodean city: indeed, we seldom venture beyond the four walls of the Tehran apartment where ambitious young couple Amir (Moaadi) and Sara (Negar Javaherian) live.

The pair are packing their bags, Australia-bound, when a young relative drops off baby Tina for Sara to watch for a few hours. In all the kerfuffle, it takes a while for anyone to notice that Tina has stopped breathing. Was she dead before she came to the apartment? Did she die on Sara’s watch? Will Sara and Amir be held responsible?

The fallout provides plenty of arresting twists and turns. There’s not a bum note in the deft central performances as panic sets in. This is a thriller with a vice-like hold.