Irish actor expresses concern about some allegations of sexual misconduct 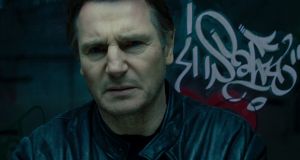 Liam Neeson, the star of Taken and Schindler’s List, said he was ‘on the fence’ in relation to some allegations.

The campaign to highlight sexual misconduct and harrassment in Hollywood is becoming “a bit of a witch hunt”, Irish actor Liam Neeson has told RTE’s Ryan Tubridy.

Speaking on the Late Late Show on RTÉ One on Friday, Mr Neeson, the star of Taken and Schindler’s List, said he was “on the fence” in relation to some of the allegations that have emerged.

“There is a bit of a witch hunt happening,” he said. “There are some people - famous people – being suddenly accused of touching some girl’s knee or something, and suddenly they are being dropped from their programmes.”

“I was reading recently about him,” he said. “He was listening to a sad story from a female friend of his. At the end of this, he put his hand to her back [to console her]. She had a blouse on. It was her bare back. I don’t know what the blouse was like.

“Months later, his radio station gets a call from her lawyer saying he inappropriately touched this lady. He was dropped.”

Mr Neeson added however that the wider movement was “healthy” but not confined to show business.

“There is a movement happening,” he said. “It’s healthy, and it’s across every industry.

“The focus seems to be on Hollywood. I’m a Unicef goodwill ambassador, and a very proud one. I get sent facts and figures. If you read the stuff I’ve read about how female labourers are treated in farms, ranches and all the rest of it, it’s chilling.”