Les Misérables: better than La Haine, more incendiary than Do the Right Thing 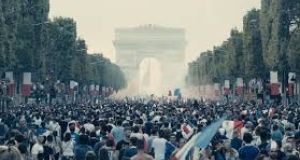 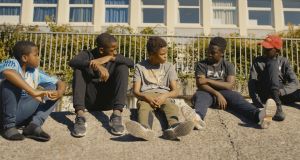 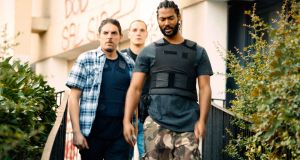 It takes a lot of nerve to reappropriate the name of Victor Hugo’s most famous novel. It takes a lot of flair to open your debut feature among a riotous Parisian throng celebrating the victory of the French team at the 2018 Fifa World Cup in the Avenue des Champs-Élysées. It requires still more audacity to make a debut feature that could easily be called “France”.

The escalating racial and class tensions underpinning Ladj Ly’s incendiary drama have inevitably drawn comparisons with La Haine and Do the Right Thing. The scale and the concerted chaos, however, makes for a wilder, electrifying experience than either of these distinguished precursors.

A seemingly small, petty act – Issa (Issa Perica), a young man, steals a lion cub from a travelling circus – lights a fuse that fizzles until the explosive confrontations that characterise the final act. The circus belongs to gypsies. The situation and circus owner Zorro (Raymond Lopez) will require sensitivity.

A police procedural unfolds from the perspective of three cops. The always brilliant Damien Bonnard is Stéphane, the new guy who is unaccustomed to the ways of the banlieue ride-along. He is tutored by the harassment-happy Chris (Alexis Manenti, who co-wrote the script with the director) and the softer-hearted Gwada (Djebril Zonga). The film drinks in their heavy handed efforts with incident, but without comment.

Set against the multicultural Paris suburb of Montfermeil, some 150 years since Victor Hugo wrote about the deprivations in that northern district, Les Misérables visits various locals – ex-con turned Muslim Brotherhood activist Salah (Almamy Kanoute) at his kebab shop, the mayor of the block (Steve Tientcheu) – before all hell breaks lose.

Despite many introductions and pertinent details –watch out for a youngster named Buzz (Al-Hassan Ly) flying a drone camera – the pace, as dictated by Julien Poupard’s nimble camera is never less than breakneck.

The romantic, multicultural celebrations of the opening sequences find some common cause in Kylian Mbappé, the remarkable French forward of Cameroonian and Algerian extraction. “Bet you five that Mbappé scores,” Issa tells a chum. (Spoiler alert: he does.)

But there is little else to unite a neighbourhood furrowed by poverty, tribalism and inter-generational conflict. A final hardened shot of Issa’s face wears all the discontentment of a disenfranchised class.