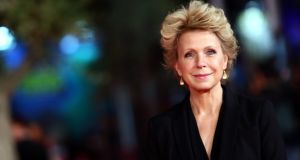 Truth be told: Former CBS News producer Mary Mapes: “You have to think about the hypocrisy.” (Photo by Vittorio Zunino Celotto/Getty Images) 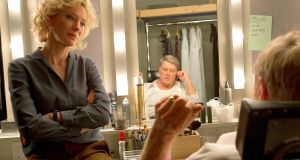 Cate Blanchett and Robert Redford as Mary Mapes and Dan Rather in the film ‘Truth’.

In September 2004, just as America was preparing itself for a presidential election, the CBS television news programme 60 Minutes II broadcast a story alleging that President George W Bush had used family influence to gain entry into the Texas Air National Guard, a way to dodge the draft during the Vietnam War.

Mary Mapes, a trusted CBS News producer and a kind of surrogate daughter to the network’s long-standing anchor Dan Rather, had uncovered documents exposing Bush’s service – or rather lack of it – in the National Guard.

“You have to think about the hypocrisy,” says Mapes. “His father supported the Vietnam War, but there was a class divide in the United States.

“George W Bush was a child of privilege. There had been a decade-long PR battle to make him look good and it was dishonest. At that moment, we had gone off to war in Iraq – where soldiers and civilians were dying – at his bidding, and he made these choices, so callously, without knowing what sacrifice was.”

Mapes had tracked down documents which appeared to have been written in the early 1970s by George W Bush’s commanding officer, Jerry B Killian, who died in 1984.

Under attack
No forensic document examiners or typography experts could authenticate the documents, as they were copies, not originals, and 60 Minutes and its home network soon came under attack. Mapes was fired, other producers were forced to resign and Dan Rather announced his retirement immediately after Bush’s re-election.

“Everyone was surprised,” recalls Mapes, who had broken the Abu Ghraib scandal earlier in 2004. “I had worked there for years. I had won a number of awards. I had covered wars. I had just gotten a big raise. I was respected.

“I had never had a problem. I had done nothing but really good work. And when the heat was on, they just threw us under a bus. Dan had been there 42 years. That’s a lot of time spent in hurricanes and fires and wars.”

Mapes chronicled her disappointments in the 2005 memoir, Truth and Duty: the Press, the President and the Privilege of Power. That book has now been transformed into the movie Truth by writer-director James Vanderbilt, who scripted Zodiac, and with Cate Blanchett as Mapes and Robert Redford as Dan Rather.

It must be odd having an Oscar-winner impersonate you? “Oh yes. Knowing what Cate is like, how calm she is, and watching her turn into this anguished woman who keeps running her hands through her hair was, well, it’s very hard to analyse when it’s yourself, but it’s a remarkable transformation.

“It was easy for me to appreciate the Robert Redford performance. He amazed me. He did a really impressive job of capturing small things about Dan that I wasn’t even consciously aware of: how he moves his head or flips his reporter’s notebook.”

The account of the so-called Killian documents controversy presented in Truth touches on many themes that feel even more pertinent 10 years on: online hate campaigns, the corporatisation of news and realpolilitik.

Was Mapes, who won a Peabody Award for her Abu Ghraib story, the victim of a conspiracy? Was CBS attempting to curry favour with the Bush administration? Was Karl Rove directly or indirectly responsible for Mapes’s dismissal?

“It’s impossible to say for sure,” says Mapes. “It felt like something out of the Karl Rove playbook. It was brilliantly done. I don’t imagine the White House were very happy with Dan and me at that moment. It turned out to be a watershed moment in journalistic history.”

She adds: “Under corporate ownership, when finances are threatened, the media behaved like Exxon or BP or any other big company. In America, 90 per cent of all media is controlled by one of six corporations, and that’s just wrong, informationally, journalistically, creatively.

“I live in Texas where there’s a 30 per cent turn out to vote. When nothing is being queried or examined, voters believe their votes don’t matter.”

The incident would also attract plenty of hate speech from those who were keen to dismiss Mapes as a “lefty sneak” and a – sigh – “feminazi”. Mapes, who has subsequently migrated towards “the slower, more thoughtful pace of print journalism”, must look at the frequency that such loaded terms are employed in the current presidential race and feel well out of it.

“There are still journalists out there doing great work and I doff my cap to them, but journalism is in a lot of trouble right now. And truth and democracy with it.”

All Together Now: Full line-up for festival revealed
6

Love Island: This pair are €60k richer. The rest of us feel much worse off
7

Growing up in Derry: ‘The Troubles was like a fog that hung over everything’
9