Rouzbeh Rashidi founded the Experimental Film Society in Iran in 2000. It has been based in Ireland since 2004. The society plans a belated 20th-anniversary retrospective at Project Arts Centre, in Dublin, in May. Video: Enda O'Dowd 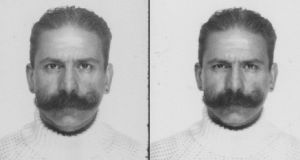 Rashidi set up the society in Tehran, in Iran, in 2000; based in Dublin since 2004, it now has 60 no- or low-budget feature-length films and about 500 short films in its catalogue.

“It’s like a big family,” he says, “helping each other to make films. If one person is making a film, all of the family is putting energy into making that project, and once that project is ended we go to the next one.”

Scenes from some of them – including a couple on their wedding day, a flying bathtub and a mesmerising shot of a man eating a flower – feature in Enda O’Dowd’s video for The Irish Times.

After its original plans were affected by Covid-19 restrictions, the society plans to belatedly celebrate its 20th anniversary with a retrospective of its work in May, at Project Arts Centre, in Dublin.