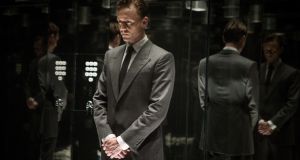 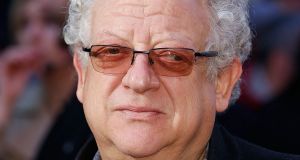 The thread that connects these people is “taste”, he says. “It’s very simple. If I got to a restaurant and look at the menu, I might decide to have two starters or just the main course. Why shouldn’t I apply that criteria to life and film? So I think about a combination of things: I think about how the director and the actors and the source material and the screenplay will link together. I do that rather than being a producer who thinks, Well, what do people want or what has been successful before?”

Thomas scored a massive early hit with Bertolucci’s The Last Emperor, a film that won all of the nine Oscars it was nominated for – including Best Picture and Best Director – in 1988.

“I don’t know how you’d make the film now. You could make something using CGI and digital technology, but you couldn’t do what we did. It cost $25 million in 1985; I don’t know how much it would cost today – more than $200 million, I think. We had support from the Chinese army, the Peking Film Studios and various other Asian film studios. All of the higher- budgeted films I’ve made – The Last Emperor, Little Buddha, even something like Merry Christmas, Mr Lawrence – those films would be very difficult to make and promote today.”

There is, alas, only one kind of film that gets budgeted $200 million in contemporary cinema. And it usually comes with a cape. “There was a time when American studios made films about American culture and American lives. They were successful films about important things starring movie stars like Gregory Peck. Studios still distribute such films but these films are acquisitions. They’re not coming out of the studio system, which is industrialised, to the detriment of cinema. They make multiple versions of the same film, using characters that will be liked by children and young people.”

The iconoclastic Thomas was born into a populist film-making family: his father was Ralph Thomas, director of Dirk Bogarde’s Doctor series, and his uncle was Gerald Thomas, who directed more than 30 Carry On films.

“I grew up in a popular house. But by the time I was a teenager I drifted toward the arthouses and the National Film Theatre.”

His first visit to a film set was in 1955: “I remember. It was Doctor at Sea. Then, in the mid-1950s we lived close to Pinewood, so I was on the Carry On sets. And on my father’s film sets. On all the film sets, really. I had free rein in Pinewood when I was a lad.”

Thomas the Younger has one directorial credit to his name: All the Little Animals sees a bullied young man (Christian Bale) bond with a stranger (John Hurt) who has dedicated his life to giving proper burials to roadkill. The film premiered at the Cannes Film Festival in 1998.

“It was a book that I loved when I was younger. I’m very happy with it. It’s a subject I’m very passionate about. And I’d love to direct again. But I’m known as a producer, and there are better directors than me, I’m sure. So I’m happy to work with fantastic film-makers.”

Thomas first entered the family guild via the cutting room, working on the 1972 Jamaican crime film The Harder They Come and on the Ray Harryhausen-produced The Golden Voyage of Sinbad. He produced his first film, Mad Dog Morgan, in 1976 in Australia before returning to England to produce Polish auteur Jerzy Skolimowski’s The Shout, a Grand Prix winner at Cannes. These early credits set the stage for a very international career. “If you look at the films I’ve been involved with, only a minority were made in the UK. I’m London-centric, in that my family live here, but film-making is a global experience. I’ve made films in Japan, Mali, France, Germany, Kathmandu.”

And now Belfast and Bangor, where Ben Wheatley’s eagerly anticipated High-Rise was shot. The dystopian 1970s-set fiction about a doctor (Tom Hiddleston) who is drawn increasingly towards anarchy as the society of his luxury apartment block breaks down, is based on a JG Ballard novel. “I know Belfast is sometimes a little bit looked-down-on by people in the South,” says the producer, who has family in Dublin. “But I really liked it there. It’s a good example of how the film industry can enhance an entire city and give it an entirely different vibe.”

It was surely inevitable that Wheatley, the exciting British director behind Kill List, Sightseers and A Field in England would end up working with Thomas. High-Rise, however, has long been in the producer’s sights. Thomas has hoped to adapt the novel since the late 1970s, initially with director Nicolas Roeg. In 2013 Wheatley approached Thomas with a screenplay written by the director’s wife, Amy Jump.

“Jim Ballard unfortunately never met Ben Wheatley,” says Thomas. “But he would have been thrilled. Ben is a very big Ballard enthusiast. And I remember how Jim was thrilled when Cronenberg adapted Crash. Because he understood the essence of the book. It’s the same with High-Rise. They’ve kept the period of the book, which is very effective. I like JG Ballard’s books. And I like Ben Wheatley’s films. They seem made for each other.”

Bad Timing
(Nicolas Roeg, 1980)
Thomas was 30 when he produced the last film in a golden run for the great Roeg. Art Garfunkel and Theresa Russell find themselves sexually entwined in Vienna.

The Last Emperor
(Bernardo Bertolucci, 1987)
The sprawling epic won Thomas his first Oscar. The shoot, a rare collaboration with the Chinese authorities that involved 19,000 extras, was a logistical nightmare.

Only Lovers Left Alive
(Jim Jarmusch, 2013)
A lovely, languid vampire romance set in a decaying Detroit that drew a cult within minutes of a rapturous Cannes premiere.

Irish Times Irish Theatre Awards: Who has been nominated?
2