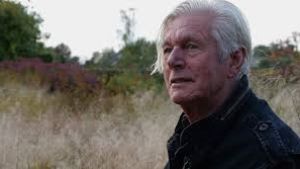 Gardening blogs and magazines characterise Piet Oudolf as “a rock star garden designer”. Certainly, the 74-year-old Dutch landscaper became a news story in 2006 when he oversaw the transformation of the High Line – a derelict elevated railway in New York – into a “park in the sky” and again in 2017 when he designed Hauser & Wirth’s prairie garden in Somerset, England. Film-maker Thomas Piper gets insight into Oudolf’s creative process in Five Seasons: The Gardens of Piet Oudolf.

Oudolf’s aesthetic preferences, a kind of planned randomness, factors in how a plant browns and decays in his overall designs: beleaguered winter stalks have a stark beauty of their own.

“For me, garden design isn’t just about plants, it is about emotion, atmosphere, a sense of contemplation.” says Oudolf. “You try to move people with what you do. You look at this, and it goes deeper than what you see. It reminds you of something in the genes – nature, or the longing for nature.”

The gardens provide a tranquil, contemplative space that should appeal to lovers of such patient documentaries as Le quattro volte and The Great Silence or the folks that queue up first for Bloom. David Thor Jonsson and Charles Gansa’s score is suitably contemplative.

Beyond the swaying plant life, this autumn-to-autumn chronicle of Oudolf’s craft can bring to mind Frank Zappa’s phrase “dancing about architecture”.

I’m not sure I needed to see the “rock star garden designer” buying cheese at the supermarket deli or eating hunks of ugly meat in America but it’s impossible not to admire this custodian of the wild: “I put plants onstage,” Oudolf says. “And I let them perform.”

The Climb review: a big-hearted crowd-pleaser in the name of love
8

The Guyliner: Rebecca is my favourite novel, so why do I hate everyone in it?
9