Dolittle review: Worse than a bad movie, this is the low-point of every career involved

This ‘film’ doesn’t even have the good grace to be a bad movie. It’s far worse than that 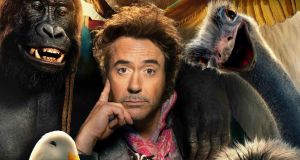 Dolittle: This nothingness doesn’t even have the good grace to be a bad movie 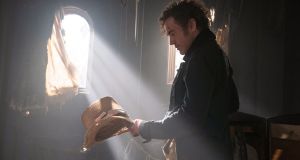 We may never get to the bottom of how Dolittle ended up with reviews using terms like “anti-cinema”.

Spare a thought for the executives at Universal Pictures. You spend your Christmas weathering the ill-effects of Cats and head into a new year with – huzzah! – Fast and Furious zooming onto the horizon. And suddenly all is right with the world until ... What is this? What am I even watching?

There has been unsavoury speculation regarding Dolittle for years. Endless delays. Rumours that director Stephen Gaghan – because somebody decided the screenwriter behind Traffic and filmmaker behind Syriana was a great fit for an all-ages, talking animal entertainment – turned in a cut that sent higher-ups scrambling for assistance.

Industry gossip holds that Seth Rogen and the team behind Lego Batman were approached but were all “otherwise engaged”. Other folk songs and legends point to too many cooks: Robert Downey Jr, his star-making producer wife Susan Downey, an all-star cast, a studio, all with Other Ideas.

We may never get to the bottom of how Dolittle ended up with reviews using terms like “anti-cinema”. But it’s hard to discern exactly what anybody was trying to make here. Even RDJ’s Welsh (?) accent can’t quit straying from Brummie to Geordie.

There comes a moment in the “film” when John Cena’s polar bear and Kumail Nanjiani’s ostrich stop squabbling and arbitrarily decide they are chums. Antonio Banderas is a villian and then he’s not. Dolittle is a series of such Brechtian pranks.

There is a semblance of a sketch of a plot. Kind of. Still mourning the death of his wife, the reclusive Dolittle is summoned to the bedside of a poisoned Queen Victoria (Jessie Buckley, with her eyes closed, presumably pretending she’s in a better film). The diagnosis? She needs some plant that will require Dolittle to encounter his angry former father-in-law and a dragon with a splinter issue.

None of these details congeals into anything like a movie. It is, rather, a work of impressionism, if only Monet had 10 thumbs and an irrational hatred of water lillies.

Cats, in its meagre defence, was a bad movie in which good people worked awfully hard to transfer a storyless stage musical to a storied medium. This nothingness doesn’t even have the good grace to be a bad movie. The low-point of every single career involved.