Adam McKay: ‘I just wanted people to understand that nothing has changed'

The man behind such comedies as Anchorman and Step Brothers has toned down the farce for his latest film, the star-studded multi-Oscar-nominated The Big Short 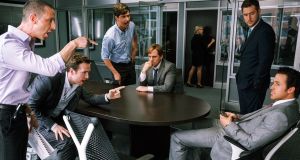 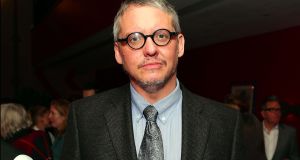 Adam McKay: "You just have to get into the complexities to show that they’re not that complicated after all.” Photograph Michael Bowles/Getty Images

Michael Lewis’s The Big Short: Inside the Doomsday Machine (2010) spent 28 weeks on the New York Times bestseller list thanks to its accessible account of such hitherto intimidating concepts as the Collateralized Debt Obligation (CDO) bubble and credit default swap. It went on to receive the Robert F Kennedy Center for Justice and Human Rights 2011 Book award.

Studios were quick to circle and Paramount acquired the rights in 2013. But could such dense material fly as a major motion picture? Moneyball, the same author’s account of Oakland Athletics’ sabermetric assembly of a title-winning baseball team, was a box-office hit and scored six Oscar nominations.

Moneyball, however, needed only to convey the nature of such statistics as OPTA or ProZone on this side of the Atlantic. The Big Short was a far more unwieldy prospect.

Enter Adam McKay, the co-creator and director of Anchorman, Talledega Nights: The Legend of Ricky Bobby, Step Brothers and The Other Guys.

McKay is not, even by his own reckoning, the go-to guy for financial crisis movies.

“I couldn’t put the book down,” he says. “But this was years ago. I didn’t think I’d get to direct the movie. Then it came back around and I got my shot.”

McKay’s “big, aggressive idea”, as he calls it, was to break the fourth wall with increasingly hilarious mini-lectures.

Selena Gomez plays blackjack with economist Dr Richard Thaler in order to demonstrate how one bad bet has a ruinous domino effect on a Synthetic CDO. Anthony Bourdain illustrates how banks bundle toxic assets into CDOs by creating “fish stew” from stale chunks to serve to the naive punters who haven’t read Kitchen Confidential. Margot Robbie explains mortgage securities from a bubble bath.

It’s an audacious conceit, by golly, making the financial crisis of 2007-2008 not just understandable but downright entertaining.

Left in the dark

“I loved Moneyball,” says McKay. “But there is a tendency in movies – and this is true of the Wall Street films too – that we’re told something is wrong but the film still leaves you a little bit in the dark. One of my first thoughts was that you can’t do this story without explaining the esoterica of it. And I knew we had to break the fourth wall to do that. But, coming from comedy improv, that’s not a stretch for me and I don’t think it’s a stretch for today’s media-savvy audiences. You just have to get into the complexities to show that they’re not that complicated after all.”

The producers must have loved that: “We’ve got Margot Robbie from The Wolf of Wall Street! Talking about subprime mortgages!’

“Yep. People were a little bit afraid coming into the movie. Could we pull that off? But I always knew audiences are so smart. Give them a shot. If I understood it when I read the book, then they can understand it.”

The irony is that a bubble-bath lecture turns out to be more effective than any number of similarly themed books and articles. Then again, this viewer probably learned more about Wall Street from Trading Places’ frozen orange concentrate scam than from such fine, award-winning features as Oliver Stone’s Wall Street and JC Chandor’s Margin Call.

“Oh, me too,” nods McKay. “I learned more from Trading Places. Wall Street did do a great job of explaining insider trading. Oliver Stone deserves a massive amount of credit because he caught that quicker than anyone. That movie was way early. And it’s set at the moment when this culture started blowing up in the 1980s. And he was right on it. And it has never really stopped. Everyone likes to act like these crashes woke us up and changed things. But they haven’t.”

The Big Short’s cutaways are impressive but there is also the starriness of the cast. The big hitters include Christian Bale, Steve Carell, Ryan Gosling, and Brad Pitt: this quartet helped McKay’s film get more Golden Globe nominations than any other.

“It’s my dream cast,” says the director. “Everybody said ‘yes’. That has never, ever happened to me. Brad Pitt was reading the script as a producer and I got the surprising message that he wanted to be in the movie too. Within a week and a half everyone else was on board. I guess they responded to the story and the style of the script. And the characters are so great.”

The characters are not, however, obvious heroes. They are, rather, the people who profited from the crisis, including Michael Burry (as essayed by Bale at his most intense), an ex-neurologist turned hedge-fund manager suffering from blindness in one eye and Asperger’s syndrome. Carrel’s Mark Baum (based on real-life fund manager Steve Eisman) is even more socially awkward. Gosling’s composite trader Jared Vennett is an unrepentant bro. Pitt’s Ben Rickert (actually based on Ben Hockett) is a paranoid recluse.

These men bet against the housing market at a moment when everyone else thinks that property represents an unending golden age.

“That was also something I loved about the book,” says McKay. “There’s a tendency – we all have it – to want our heroes to be clean and well-behaved, and that’s not how it works. However big your heroes are, there’s always something else going on with them.

“Even with the greatest people that ever lived. Martin Luther King catted around on his wife. Gandhi was a bit of a hound dog. Lots of Americans don’t like Edward Snowden because of his attitude.

“I don’t understand that at all. If there’s going to be a brushfire right in the middle of our financial system who is going to see it first? The bankers. And there’s always going to be a couple that step over the line.

“So I loved that it was grey. But I have met with all of them. And they really are heroes. They are very disturbed by what they have seen. Their lives were altered by what they had to go through. A lot of them have quit. And there’s a palpable sense of outrage when you meet with them. They’re angry that nothing ever happened to prevent this from happening again.”

The Big Short avoids grandstanding and polemic, but does close with a terrifying scenario – that is, the financial world we’re currently living in.

“I didn’t feel it was appropriate to address remedies in the movie,” says McKay. “I just wanted to get people to understand the intricacies of this and to understand that nothing has changed. But I do have a big mouth.

“Personally, I am very angry at our government for changing the rules that allowed the banks to do this. I’m not an economist, but if there had been a real regulatory arm, if the government was actually doing its job, none of this would have happened. The deregulation started with Reagan but continued under Clinton, so that goes for all parties.”

This is, notably, Adam McKay’s first film without his regular creative partner/sidekick, Will Ferrell. In addition to the films McKay has directed, he has also written or produced Casa de Mi Padre, Get Hard and Daddy’s Home with his old Saturday Night Life cohort.

“It was a much quieter set,” laughs the director. “It was like fishing. But I did miss him. Life is always better when Will Ferrell is bombing around.”