Adam Driver, accidental superstar, on Star Wars, Scorsese and stepping up after 9/11

In the past five years, Driver has worked with Eastwood, Spielberg, the Coens and now Scorsese - not bad for a former US Marine who never really had any acting ambition 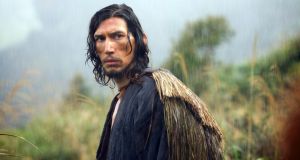 Adam Driver in Silence in which he plays a Jesuit priest who is starved and beaten in 17th-century Japan. 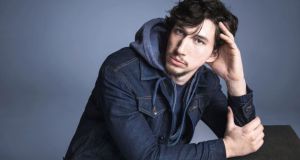 Adam Driver: “There have to be limits to the criticisms you can make of your character.”

Adam Driver hates watching himself so much that he vomited before the premiere of Star Wars: The Force Awakens. He once lived in a storage room for weeks so that he might convey isolation on stage. For Martin Scorsese’s Silence, in which he plays a Jesuit priest who is starved and beaten in 17th-century Japan, the already-streamlined actor popped water pills to lose more than 20kg (44lbs).

“There was a lot of cardio,” says Driver. “I ran seven miles a day. Went biking 40 miles a day in sweats. Drank a lot of coffee. I was not fun to be around, especially on the first month when I tried to do it all on my own. That wasn’t working out so well for everyone around me. So they hired a guy to bring some science and structure to the diet. Which was helpful.”

Standing at more than 190cm (6ft 2in) and blessed with an unconventional face, there’s nothing common or garden about Adam Douglas Driver. In keeping with his name, he’s driven; words such as “ferocity” and “intense” tend be used by those he works with.

“I think when I’m doing something, I find it hard to let go at the end of the day,” admits Driver. “Especially with something like Silence, where you actually have to stay focused on not eating. And the further I get into any shoot, the less I’m able to let go. It’s weird. Because as soon as it ends, I’m able to move on immediately. I don’t know what it is. Some kind of separation anxiety or something. It happens that way, regardless if I like the job or not. But I can put a project out of my mind as soon as it’s done.”

Greatest directors
His Girls co-star Lena Dunham noted that even though no one knew him from, well, Adam, everyone was star-struck from his very first audition. She is not alone in that opinion. In just five years he’s worked with Clint Eastwood (on J Edgar), Noah Baumbach (on Frances Ha and While We’re Young), Steven Spielberg (on Lincoln), the Coen brothers (on Inside Llewyn Davis), and now Martin Scorsese. His CV is starting to read like a list of Greatest Living American Directors.

“It was never a formal plan,” he laughs. “If it had been, I could have asked all I want and I think I would have been shit out of luck. You have to wait for those opportunities to come up. And somehow they have. I don’t think it’s inaccurate when you say I’ve worked with some of greatest directors. But it’s mostly, if not all, down to luck.”

Scorsese, he notes, has a knack of making you forget you are working with Scorsese. “Sure,” says Driver. “Initially, you’re thinking about it. But Marty is very focused. Very disarming. Very emotionally available. Almost immediately, it’s all about the work.”

Driver was raised in Mishawaka, Indiana, by a paralegal mother and Baptist minister stepfather. His religious upbringing proved a useful cornerstone for his role in Silence.

“I understood the complicated feelings around organised religion in the film,” he says. “I am not a religious person now but I was definitely raised religious. You believe in something as a kid. You have a faith. And then you evolve according to your life experiences and you have to change your ideas.

“Because I had familiarity with the Bible, I based a lot of my ideas on St Peter, the Denier. He’s committed to the cause but he can’t help but express his frustration and anxiety. I think that’s a healthier way to be. Doubting. Questioning. Shifting. Wondering: Am I doing this right? It makes for an analogy that works for any commitment in life.”

Political agenda
Driver knows about commitment. After 9/11, he felt compelled to sign up with the US marines, an act that makes him sound like something of a boy scout.

“A little,” he says. “I was filled with patriotism and a desire for retribution. I felt obligated to get involved. But then you get to the military and any political agenda you had is gone. It becomes all about the people that you’re with. It’s an insular community. The outside world gets more and more distant, the longer you’re in there. It’s gets harder to relate to those outside.”

He pauses. “It’s almost like talking about a different person. Although, I don’t know how I’m different exactly. Anger led me to the military. Because of what happened. But you get a little older and your perspective shifts.”

As it happened, fate had other ideas for Driver. Before being deployed to Iraq, he broke his sternum while riding a mountain bike and, despite frantic attempts at a full physical recovery, he was medically discharged from the army.

“Coming out of the military, you’re very aware of all the things you can fit into a day,” says Driver, who has subsequently founded a non-profit organisation, Arts in the Armed Forces, in order to bring theatre to the troops.

“You almost develop an illogical hatred towards civilians because they squander all that free time. And you have all this energy and you don’t really know where to put it. And there’s not a lot of avenues for you. Especially since I was an infantry marine. Because you end up with a lot of skills that aren’t really of use in the civilian world.”

Driver returned home to Indiana and was working at a warehouse when he decided to audition for Juilliard. He recited the opening speech from Richard III and sang Happy Birthday in order to secure a place to study drama at the prestigious New York school, where he met classmate Joanne Tucker, whom he married in 2013.

“It was fortunate for me that I found theatre,” he says. “I hadn’t been at all aware of it before. I was able to put all that excess energy into all the infinite questions you have about a character. About their physical life. About their interior life. It was a great transition for me, a great fit.”

Video store
He is an accidental movie star, even though he has always loved the medium – at school, he and some friends founded their very own chapter of Fight Club. “I was interested in movies as an outlet. Growing up in a small-town in Indiana, there are not a lot of cultural avenues and outlets. So the video store was a place to go. But once I got to New York for school, and then work, I had no game plan other than try to make a living at acting. I would have been fine doing off-Broadway theatre as long as I could have supported myself.”

He almost didn’t audition for Girls, a role that has entailed some hilariously graphic sex scenes (peeing on co-star Dunham in a shower, fantasies that take in a Cabbage Patch lunchbox). He has subsequently played a cheating gigolo in This is Where I Leave You, a dishonest hipster in While We’re Young, and – spoiler alert – Kylo Ren, killer of Han Solo in Star Wars: The Force Awakens. That’s a lot of jerks.

“Yeah,” he says. “But I don’t think of them as jerks. You have to find something about them that makes sense to you. You have to come at them without judgement. There have to be limits to the criticisms you can make of your character. You have to think what you are doing – what they are doing – is absolutely right. Always.”

Jihad Jane: ‘This story has nothing to do with religion’
7