Douglas Hyde Gallery also gets a new curator, with Georgina Jackson taking up the post in May 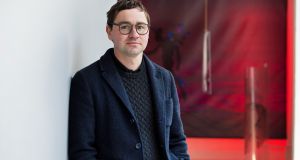 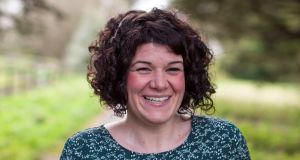 Georgina Jackson, the new director of the Douglas Hyde Gallery

The curator and writer Matt Packer has been appointed as successor to Woodrow Kernohan as director of EVA International, Ireland’s biennial exhibition of contemporary art, which takes place in Limerick for three months every two years.

Packer, who was born in Carmarthen in Wales, has been director of the Centre for Contemporary Art Derry-Londonderry since 2014. He has extensive experience in the Irish art world and abroad. As curator of exhibitions and projects at the Lewis Glucksman Gallery, UCC from 2008 to 2013 he oversaw a large number of substantial international group shows. He was also co-curator of the biennial Norwegian Lofoten Art Festival 2015 and will curate the 15th edition of Galway’s winter visual arts festival, Tulca, this year. And he was part of the panel who selected Phyllida Barlow to represent Britain at the Venice Biennale this year. He starts at Eva in June.

Kernohan, who was director for five years, did an immense amount of work in relaunching and developing Eva International as a biennial, establishing many international connections and working with Eva curators Annie Fletcher, Bassam El Baroni, Koyo Kouoh and Inti Guerrero – the curator of next year’s Eva. He has taken up a job as director of Southampton’s John Hansard Gallery. The gallery has just relocated from the University of Southampton’s Highfield Campus to a new £28.5m arts complex, Studio 144, in the city centre as part of the development of a new cultural quarter.

Previously, Kernohan had worked as co-director of the Brighton Photo Fringe and the experimental exhibition space Permanent Gallery, and curator at the Regency Town House. Although he is leaving Ireland, he says, he hopes in his new role to maintain and build on the Irish connections he established during his time in Limerick.

In Dublin, meanwhile, the Douglas Hyde Gallery, Trinity College, has just appointed a successor to its former director, John Hutchinson, who retired after 25 years in the post. Georgina Jackson has been director of exhibitions and programmes at Mercer Union, Toronto since 2013. She is a graduate of the History of Art Department at Trinity and was exhibitions curator at Dublin City Gallery The Hugh Lane and project curator at the Irish Museum of Modern Art before moving abroad as curator-in-residence at the Mattress Factory Art Museum, Pittsburgh. In all these positions she has built a reputation for initiating and developing projects directly with artists and says that, when she takes up her new role in May, her priority will be that the Douglas Hyde will be “an artist-centred space.”