The 10th annual Dublin Book Festival takes place this weekend, hosting workshops, walks, talks and readings by some of Ireland’s prominent writers. Here are some of the must-sees 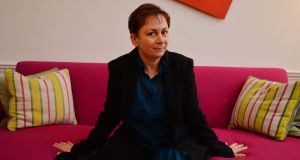 Anne Enright will help celebrate 25 years of the Irish Writers Centre with an event on Thursday. Photograph: Alan Betson 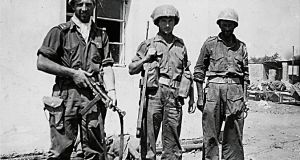 The Irish Writers Centre is marking its 25th anniversary with an anthology of essays, Beyond the Centre, edited by the Stinging Fly’s Declan Meade. RTÉ Radio 1 Arena’s Sean Rocks meets with some of the straight-talking contributors to the collection – Booker Prize winner Anne Enright, Bailey Prize winner Lisa McInerney and poet Pat Boran – for a conversation about the insecurities, both financial and otherwise, of the modern Irish writer.

For the early risers among you who no longer want to work for the man, grab a coffee and head to this morning discussion on the how-to of setting up your own food business. Domini Kemp, author and founder of Itsa food company, Garrett Fitzgerald of the popular Brother Hubbard Café and Cookbook and former Miss World turned nutritional therapist Rosanna Davison, who got herself in her own spot of gluten-based bother last year with her dietary advice, will all be there with words of wisdom on attracting investment and building a brand.

Make it in the Movies

If you’re a writer who dreams of seeing your name in movie credits, then this is the one for you. Oscar-winning director John Boorman (Deliverance, Hope and Glory, The General) will be talking to RTÉ Arena’s Sean Rocks about taking on a new medium with his debut novel, Crimes of Passion, a black comedy about a director recovering from a failed movie – entirely fictional, of course. Former Irish Army soldier and defence analyst Declan Power will also be there to discuss his book Siege at Jadotville, the story of the six days in 1961 when 150 Irish soldiers resisted attacks by 3,500 rebels in the Congo, and its critically acclaimed screen adaptation by Netflix.

With her latest anthology, The Glass Shore, award-winning broadcaster and writer Sinead Gleeson delves into the oft-neglected literature of the female writers of Northern Ireland. With Sunday Independent literary editor Madeleine Keane chairing, Gleeson will be joined by writers Lucy Caldwell and Martina Devlin to discuss short stories and the reinstatement of excluded women’s voices.

The Art of the Matter

With Mike Murphy chairing, Fintan O’Toole, Catherine Marshall and Eibhear Walshe will discuss the new publication, Modern Ireland in 100 Artworks: The Story of Ireland’s Creativity, and the popular and subversive works of art which were selected to narrate a history of Ireland – and the role they played in creating our modern cultural identity. The official book launch takes place afterwards.

Before we had the glorious Panti, we had the trailblazing Mr Pussy. Alan Amsby talks with Dave Kenny about his book Mr Pussy: Before I Forget To Remember. With Ringo Starr and Judy Garland having graced his audiences in the past, here’s your chance to hear how he introduced a shocked holy Catholic Ireland to the world of drag.

The Golden Age of the Lit Mag

With new literary magazines cropping up almost weekly in Ireland, here is a timely discussion about their role in Irish literature, the motivation behind them, and why the old established journals may no longer be enough. Editors and publishers from five leading magazines including the Dublin Review and Gorse will talk about their own particular focus and how they keep the faith in a crowded market.

You’ve dotted the last I on your masterpiece and are set to stumble blinking from your garret. How are you going to get the damn thing published? Grab yourself a seat in front of this panel of the UK and Ireland’s publishing industry experts. In this session, major literary agents, scouts and publishers will be giving advice on how to launch your book into the world.