Culture Shock: The North leads the way for fresh takes on the Rising 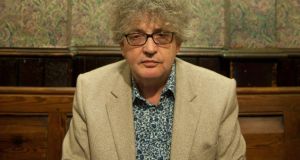 It is, of course, much too early to say what the overall response of artists to the 1916 centenaries will look like. But one thing we can say is that an old template has been shattered. There used to be a choice for artists – reverence for the Rising or scathing scepticism. Now, it is possible to be scathing and reverent at the same time. The Rising may at once be upheld as a gift from the past, a rebuke to the present and a challenge for the future.

It may not be accidental that this approach is best exemplified by two northern artists, Paul Muldoon and Rita Duffy. Muldoon’s Rising to the Rising (just published by Gallery Press) and Duffy’s The Souvenir Shop (currently installed at the arts festival in Skibbereen) kill off the notion the Rising has to be either glorified or denigrated and substitute a belief that the best way to honour 1916 is to question its legacy.

It would be ridiculous, of course, to suggest that no previous artist has been able to hold two contrary ideas about the Rising at the same time. The essential Rising poem, WB Yeats’s Easter 1916, derives its power precisely from its deep ambivalence. And it would also be inaccurate to say the idea of holding up the Rising as a rebuke to the present is entirely new either. Thomas Kinsella, for example, in Downstream, published in 1962, wrote with bitter irony:

I came upon the sombre monuments

That bear their names: McDonagh &McBride,

It may be somewhat tiresome to have to identify both Muldoon and Duffy as northerners from a broadly nationalist background, but in this case it seems relevant. It matters because for northern nationalists the Rising can’t be seen as a foundational act. Official memory in the South has always wanted to see Easter 1916 as the point of origin of the State. But if you grew up north of the Border, this origin myth is a lot less comfortable – is 1916 not also the foundational moment of the Protestant-dominated statelet of Northern Ireland? And this unease is liberating – there is no desire, and therefore no need, to draw straight lines between then and now. The relationship between what happened then and where we all are now can be complex. The Rising itself, no longer anchored in any need to act as a fixed foundation stone, can float much more freely among the ironies of history and identity.

And one of the things these particular artists are liberated into is an ability to link the heroic and the banal without being bathetic. In Patrick Pearse: A Manifesto, Muldoon carries off a connection that, in the old dispensation, would have been merely an exercise in mockery. His Pearse acknowledges, as the Rising draws to an end, that the rebels may not “share the sweet/taste of victory” but may “find joy/ in our retreat/ to the Williams and Woods jam factory”. This is not a piss-take – it infuses the heroic hour with a melancholy humanity that is funny but also touching.

Aptly enough, Duffy’s The Souvenir Shop is installed in what used to be a sweet shop (O’Neill’s) in Skibbereen. And one of the products on sale is Free State Jam, which presumably does not taste of victory either. In its initial outing in Dublin, The Souvenir Shop was installed in a semi-derelict Georgian house on North Great George’s Street, where it could not but be a highly self-conscious art display. But in an actual shop in a bustling country town it feels much more direct and simple. It’s actually about selling stuff: McDonagh &McBride Merchants and Connolly’s Commercial Arms might be alternative titles for the project.

For anything from € 5 upwards, you can purchase an artwork in the form of an object that is at once banal, surreal, hilarious and provocative: a jar of B Special honey, or a tin of laundered diesel.

Duffy’s jars and potions and tea-towels and candles are deliberately old-fashioned. They function like objects discovered at a flea market, or found in a dead granny’s bottom drawer – strange yet ordinary old things that open up the pathways of memory. And the memories are multiple. Muldoon summons up the Somme in the heartbreaking July 1, 1916: With the Ulster Division. The bitterness of the death of Duffy’s grandfather at the Somme is brilliantly expressed in a do-it-yourself sewing kit in which his disembodied parts can be put back together.

Just as Muldoon’s One Hundred Years a Nation, broadcast live on Easter Sunday, rhymes “English yoke” with “the choke-/hold of the Holy Romans”, Duffy’s feminist instincts zero in on the consequences of the Rising’s failure for the entrenchment of sectarianism on both sides of the border. A bottle of Sour Oul Cleric thirst-quenching “constitutional refresher” features John Charles McQuaid on the label.

The remarkable, but hopeful, thing is that these are publicly funded projects, commissioned respectively by RTÉ and the Arts Council. Double-mindedness is, perhaps, at last becoming official.