Your Heart is a Muscle the Size of a Fist by Sunil Yapa review: fragmented and fraught 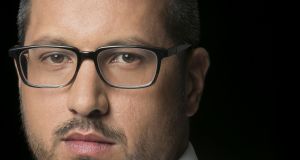 Book Title:
Your Heart is a Muscle the Size of a Fist

Literature loves an underdog: Oliver Twist, Lily Bart, Lennie Small, the Tortoise as he gradually overtakes the Hare. Sunil Yapa’s debut novel Your Heart Is a Muscle the Size of a Fist is full of underdogs. Set amid the protests that disrupted the 1999 World Trade Organization Ministerial Conference in Seattle, the book pits non-violent activists against police, developing nations against superpowers, and a 19-year-old lost soul against his chief-of-police father.

Seven narrators offer different perspectives over the course of the first chaotic day of the summit as activists try to take over Seattle’s intersections in a bid to keep delegates from entering the Sheraton Hotel.

The protests, which occurred seven years after the Los Angeles riots sparked by the death of Rodney King, resulted in hundreds of injuries and arrests, police resignations and an increased spotlight on the policies of the WTO.

A highly-charged opening from the perspective of 19-year-old Victor lands the reader straight into the action. Back in Seattle after three years of globetrotting, Victor’s interest in the protest is largely based around his hope of selling weed to the dissidents, who he assumes are a perfect target market. These assumptions are nicely upended, resulting in Victor almost getting arrested before he is saved by veteran protestors King and John Henry.

Joining these three narrators are two police officers: hot-headed, macho Park and his quick-witted partner Ju, a Guatemalan immigrant with indelible memories of the LA riots. Chief Bishop – grieving widower and stepfather to Victor – offers another interesting voice. As 50,000 demonstrators load into the city centre, Bishop controls the 900 on-duty policeman. His early warning to King foreshadows the trouble: “You seem like nice enough folks, but there are larger forces at work here. We will bring those delegates through.”

The prose is ornate, with literary flourishes that sometimes distract from the characters’ stories. A guiding, authorial voice reappears throughout the novel: “Look at him there, this forty-four-year-old man in a handwoven cowboy hat and chunky black Medicare glasses.”

It is effective in early chapters as it shows the landscape of a city on tilt, violence bubbling under the surface, but it distracts in later parts. Yapa’s style of recapping on character traits and actions – how Victor ran away; King’s wild temper; Charles’s back story – also slows the story down.

Yapa has an MFA from Hunter College in New York. Of mixed Sri Lankan and American descent, the author has lived all over the world and his experience of far-flung locations comes through in the novel. From King’s illegal jaunts in a vividly rendered Mexico, to the plight of the Sri Lankan people during the war – “The tyre was placed around a Tamil’s neck. Someone lit a match and jumped back. They called it necklacing” – various parts of the world come to life and are slotted skilfully into the narrative.

With its interlinked voices and concerns about global injustice and violence, Your Heart Is a Muscle the Size of a Fist is reminiscent of the Pakistani writer Bilal Tanweer’s 2014 debut The Scatter Here is Too Great and Ryan Gatiss’s recent novel on the LA riots, All Involved.

Yapa’s book shines when it comes to describing the mechanics of protest – the lockdown measures, the pipe chains, the “needle effect” of pepper spray at close range – and how quickly things can escalate. It is an interesting exploration of Gandhi’s assertion, quoted in the novel, that “rivers of blood” may have to spill for a country to change.

Certain refrains crop up throughout the seven voices that highlight important topics: speaking up, no matter what it takes; care too much and the world will kill you; what we require of others “that we may live our lives of easy convenience”.

The novel falters when the author’s voice takes over from the characters, with language that is sometimes grandiose and self-important in tone: “The world was a bottleful of sparkling darkness and cops the ones charged with keeping the cork in while the rich shook and shook.”

Victor’s loss of his beloved mother, and his struggle to connect with his stepfather in the aftermath, is underexplored. Later chapters veer away from the voice of a 19-year-old into a polemic on police violence and the history of CS gas.

Fragmented and fraught as the story it’s trying to tell, Your Heart Is a Muscle the Size of a Fist is at its best when asking questions about the effectiveness of public protest. It is the beating heart of the book, the life force that keeps the fiction flowing.