Escaping comfort zones, a psychotic breakdown and the humble spud as colonial oppressor 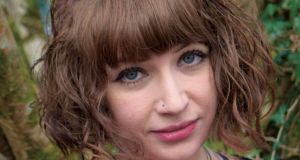 Moira Fowley-Doyle’s third novel introduces us to All The Bad Apples (Penguin, £7.99), a line of women doomed to follow in their ancestor’s footsteps and have their lives turned upside-down at 17. For narrator Deena, unintentionally coming out on her birthday leads to her older sister’s sudden disappearance, leaving behind a trail of letters to chase across rural Ireland where “the past was so close we could touch it”. Deena is soon joined by her best friend, a previously-unknown family member, and a beautiful girl with her own involvement in the Rys family past. It’s a gorgeous set-up for a magical realist dive into today’s teenagers confronting the hideous heritage of this country, and it should be no surprise that accusations of witchcraft, mother-and-baby homes, and “taking the boat” to England all feature.

In less skilful hands this could be a polemic, and indeed towards the end the call to speak up and “shatter the stigma” does feel a tad heavy-handed, but it is forgivable given the emotional journey Deena and the reader have been on throughout these exquisite pages. This is a book to hold tightly to your chest.

Potatoes, rather than apples, are at the heart of a family tree explored by acclaimed American author A S King in her latest novel Dig (Text Publishing, £7.99). The potato, we learn (this information is carefully slid into the text), is responsible for European colonial supremacy of the last 400 years, and this story explores the very different worlds and narratives of five grandchildren of Marla and Gottfried, an elderly couple whose sale of the family potato farm has kept them wealthy, privileged and unpleasant for decades.

It’s disconcerting, as an Irish person, to think of the potato as linked to white privilege; the more familiar image comes later in the book as the idea of blight is introduced. As we should all remember from the Great Famine chapter in our history books, this rot is a thing that becomes only evident when the potatoes are dug up, uncovered, like the secrets of the past that gradually reveal themselves to a new generation whose eyes and hearts are far more open to change than their ancestors.

This is anything but a straightforward learning-a-lesson tale, though. Like King’s other books, it is strange and surreal, requiring a great deal of attention and faith that seemingly-disparate threads will come together satisfactorily (which they do). King’s fierce empathy for young people is evident throughout, matched by her gift for a brand of weirdness that somehow manages to capture the intensity, wonder and pain of being alive. Anyone who thinks YA books can’t also be great literature needs to read this author.

Bestseller Sarah Dessen has established her brand as an author of satisfying, complex summer stories – often dismissed as simply romances but in fact more typically dealing with family and coming-of-age. In her latest, The Rest of the Story (HarperCollins, £7.99), Emma Saylor reconnects with the family she hasn’t seen in years, a group of people she knows mostly from the stories her mother told about “a big lake that seemed like it went on forever”. But her “wild” and “tragic” mother died from an overdose five years ago, and Emma’s world has been safe and comfortable since then.

Being pushed outside a comfort zone and learning to form an identity of one’s own rather than doing what’s expected, is a familiar trope for Dessen, but she always manages to do this skilfully, and her new book is no exception.

Sarah Moore Fitzgerald, who is also an academic at the University of Limerick, has established herself as an author of thoughtful, moving books for young people. Her fifth is A Strange Kind of Brave (Orion, £7.99), in which a new family moves to a small Irish town after “an unpleasant incident” on a school trip. Luca’s mother opens a restaurant, charming many of the locals but alienating others, including the local tough guy, Jake McCormack. Luca’s new friend Allie has her own history with Jake, but her warnings fall upon deaf ears.

The novel delicately explores bullying and the difficulties of standing up to those who trade in malice and menace. This is a town “living under a shadow”, where laughter hides fear, and the only redemption – as is so often the case in this field – is through the bravery and friendship of two teenagers. A storyline that is both touching and gripping makes this a rewarding read.

“Everyone pretends they care, but they all push me away.” The narrator of Emma Smith-Barton’s The Million Pieces of Neena Gill (Penguin, £7.99) sounds like an average mopey teenager at first, veering between being the kind of good studious girl that her British-Pakistani parents want and the rebellious cool girl following in her missing brother’s footsteps. But it soon becomes clear there’s more going on than just mood swings; both Neena and the reader start losing track of what’s real and what isn’t.

This is Smith-Barton’s debut and to take us inside the head of a girl suffering a psychotic breakdown is an ambitious feat that she nevertheless manages to pull off, often in unsettling scenes that should leave no one under any doubt that mental illness is neither glamorous nor an invention of Big Pharma – but something terrifyingly real and yet ultimately treatable. This page-turning novel offers hope and invites compassion for those in pain.