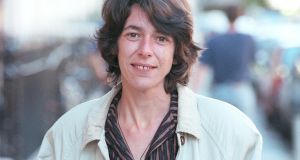 Myths are fun, they enrich life, and the Cybernetic Culture Research Unit (Ccru) that emerged at Warwick University in the mid-1990s, and briefly threatened to upend all academic and philosophical orthodoxies in a riot of Jungle music and incendiary rhetoric, is an irresistible subject for mythologising. The Ccru was a renegade thought-collective whose enduring theoretical innovation was accelerationism – a glamorously dangerous political orientation that, despite the left or right colourings it is often lent, is at core a submission to nihilistic jouissance: getting off on the race towards a posthuman catastrophe wherein all prior certainties vanish.

Among the Ccru’s chief agitators were the unsettlingly immoderate Nick Land, who once suggested he was an android sent back from the future to undermine human security, and would offer his students such helpful advice as, “Think of life as an open wound, which you poke with a stick to amuse yourself”; Mark Fisher, who went on to produce brilliantly fertile cultural criticism until his suicide in 2017; and Sadie Plant, a once-lauded writer who has fallen into obscurity since the turn of the millennium.

Having established herself with a book on the Situationist International and another on Digital Women and the New Technoculture, Plant wrote an impressive study of the immense role drugs have played in shaping Western civilisation, from science and technology to literature and warfare. While there have been some notable additions to the narco-bookshelf in recent decades, Writing On Drugs is among the few written by a woman; indeed, Plant suggests that drugs may not be such a big deal for women, who “have a pre-existing sympathy for the worlds their male counterparts explore on drugs”.

Underpinning Writing On Drugs is Plant’s conviction that any “war on drugs” is a pointless absurdity. Drug-users who bring weird news from inner space have always replenished mainstream culture. Besides, there’s nothing more human than craving temporary escape from the brutal skull-hotel of consciousness – what Land, before his acceleration into seriously ugly politics, called the “headcase”.