A difficult Belfast woman considered the greatest stained-glass artist of all time is brought back into the light in this gorgeous book, writes Roy Foster 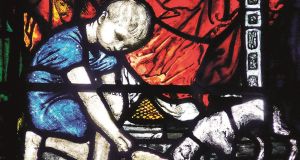 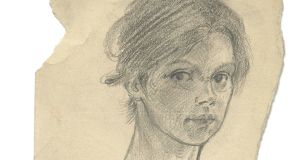 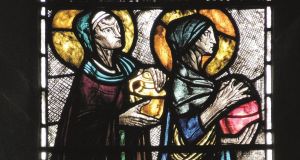 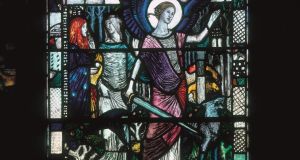 This sumptuously illustrated and sharply written book is an astonishing voyage of rediscovery. Wilhelmina Geddes died in London in 1955 at the age of 68: lonely, impoverished and dependent (until a late legacy) on hand-outs from friends and family.

Admirers such as John Piper noted that Geddes was the greatest stained-glass artist of her time, as well as a master of colour and form who should be compared to Braque, Rouault, Kandinsky and Matisse. But such raves did not lead to a speedy reassessment. The tough and snappy Belfast woman was icily ignored in John Hewitt’s writings on Ulster artists, and she saw herself outpaced by the likes of Mary Swanzy and Evie Hone (whose work and self-promotion Geddes viewed with a jaundiced eye).

Nicola Gordon Bowe’s book should change all that. It is a powerful intervention, restoring an artist of fierce originality, sensuality and modernity. Contemporaries often used the word “brutal”, and the stupendous illustrations here (all praise to Four Courts Press for an impeccable production) show why.

Geddes’s glowering, harsh vision makes Harry Clarke’s work look dated and pretty. The muscularity and tension of her portraiture is matched by the radical design of her constructions. Ambitious large-scale projects, as at the cathedral in Ypres, are equalled by the drama of smaller-scale work at Wallasey (Lancashire) and Wallsend (Northumberland), or war memorial windows in obscure country churches.

Above all, her dazzling colours summon up the work of the early medieval masters. Her later work has assonances with Moore, Hepworth and Le Brocquy, and her blend of stark outline and emotional punch suggest the graphics of Kathe Kollwitz. But Geddes remained, in every sense, her own woman.

Maybe this is why she has been so little celebrated. Geddes’s combative personality probably arose from a difficult family background: ur-Methodist Belfast, a father addicted to laudanum and alcohol, fluctuating family fortunes, difficult sibling relationships. (A young nephew, nervously meeting Geddes in latter years and mentioning her sisters, was entranced when she loudly proclaimed: “I should like to dance on their graves”).

Geddes’s originality shone out, and important commissions came from St Ann’s Church in Dawson Street and the Presbyterian Church in Rathgar. Dogged by illness, she returned to Belfast before 1916 and lived between there and Dublin until moving in 1925 (as she had long wanted) to work in London at the Glass House in Fulham.

A certain fame came with large-scale war memorial commissions for Ypres and Toronto, where her epic invocation of dead soldiers stretched from St Sebastian through Joan of Arc to Thomas Malory’s Arthurian knights. (The Pre-Raphaelites were important to her kind of art, as she recognised without imitating them.)

Though highly valued by the cognoscenti, Geddes’s star never really rose, and her London life, through the Blitz and beyond, was marked by scrimping, disappointment and depression. But she worked to the very end.

The biography also uses the notes for Geddes’s psychoanalytical treatment at the Maudelsley Clinic, principally with Edward Glover, who later provided her with editorial jobs on his pioneering books about Freud and Jung. This enables a rounded portrait of someone who knew she was difficult but wanted to find out why, (“I am not to be rude,” she told herself in a diary entry for New Year’s Day).

Geddes was resolutely single, and her relationships with women seem to have taken the form of rivalrous friendships rather than anything emotionally deeper; she robustly denied that she had lesbian inclinations. She was closely attached to Hugh Owen Meredith, a charismatic figure in Belfast intellectual life, and Gordon Bowe suggests that it is his bearded feature in some of Geddes’s later saints and angels.

Blakean and Yeatsian imagery also persist (as in her Children of Lir series in the Ulster Museum), along with more hard-edged modern tropes. Her sensual men of God resemble no one else’s, powerfully muscled, with prominent Adam’s apples and firm jaws, while her female saints and madonnas are strong individuals who inhabit richly imaginative worlds.

Geddes wrote one penetrating article on stained glass in 1930, decrying the “namby-pamby” style that crept in from the 14th century and the use of painted glass, and stressing the need for “intensity of colour and vigour of design appropriate to the architectural setting of stonework and iron”. Gordon Bowe shows that her work epitomises this, but also conjures up a marvellous imaginative hinterland.

One reluctantly closes this book determined to go back to St Ann’s on Dawson Street and to seek out her work in its obscure places such as All Saints’ Church in Laleham, Surrey, or St Ninnidh’s in Derrygonelly, Co Fermanagh. Few artists can have been more unjustly forgotten, nor better served by their biographer.

Roy Foster’s most recent book, Vivid Faces: The Revolutionary Generation in Ireland, is now out in paperback