West has the wisdom and lyrical prose of a folk tale whose power grips from the beginning and demands a single-session read. 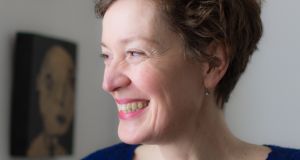 “You had so many ways of deciding which way to live your life. It made his head spin to think of them. It hurt his heart to think that he had decided on the wrong way.” Noble wanderer Cyrus Bellman reflects on his decision to leave his 10-year-old daughter at home on his Pennsylvania mule farm to go in search of a possibly extinct animal whose bones have been found in the “salty Kentucky mud”. That Bellman will never find his precious mammoths lends a tragic tone to this beautifully written debut novel from the outset of its ill-fated journey.

West has the wisdom and lyrical prose of a folk tale whose power grips the reader from the beginning and demands a single-session read. A short novel, deceptively simple, it tells two tales of life at home and away whose symmetrical dangers are presented in stark terms.

Carys Davies moves easily between the lives of her leading characters – widower Bellman and his daughter Bess – to show perspectives of an ancillary cast, each of whom intrigues in their own right.

In 1815 Frontier America, predators are everywhere. Bellman, a man “educated, to a point”, sets off on his journey with two guns, a hatchet and a knife. As he bids farewell to Bess and heads into the wilderness beyond the Missouri River, his hopes for survival rest with his guide, “an ill-favoured, narrow-shouldered Shawnee boy who bore the unpromising name of Old Woman From A Distance”. Documenting the beginning of the bloodshed for Native American tribes, as settlers relieve them of their lands, the novel establishes the white man as both explorer and plunderer.

From the settler perspective, the natives represent danger and death: “Bess’s father would be lucky to have got past St Louis before being scalped and murdered by angry Indians.” A masterful line from Davies sums up the view from the other side: “Like a dark, diminished cloud, they had moved west across the landscape away from what had been theirs.”

Middleman Devereux, who organises Old Woman as a guide, notes in a description that has overtones of Shylock’s great speech in The Merchant of Venice that the Indians are “generous and loyal, treacherous and cunning, as weak as they are strong and as open as they are closed. That they’re shrewd and hopelessly naive, that they are vengeful and mean and as sweet and curious as little children.” It is a striking passage that shows the Native Indian people as vividly human even as the character tries to paint them otherwise.

West is brimming with such observations and insights, from the pathos of Bellman’s letters to Bess getting “scattered like leaves across the soil”, to the vinegar that spinster aunt Julie washes the windows with at home. As a year turns into two, with no word from the explorer, Julie looks after Bess but her protection is no match for two local men who stalk the child like huntsmen biding their time.

Young Bess uses her wits to escape from a lecherous librarian in a way that makes the second predator all the more horrific. Devious farmhand Elmer Jackson has had his eye on Bellman’s farm since the beginning. His covetousness quickly turns sinister, related in disturbing detail by Davies: “She is a perfect little thing – reminds him of milk, or cream, cooling in the shed, a silken chill when you dip your finger but a soft warmth inside. Oh dear God, for a taste.” Later sections use an even more alarming shorthand: “Elmer Jackson watched Julie go.”

Davies is an acclaimed short story writer whose second collection, The Redemption of Galen Pike, won the Frank O’Connor International Short Story Award in 2015. From Wales, the author has also won the Jerwood Fiction Uncovered Prize, the Royal Society of Literature’s VS Pritchett Prize and was longlisted for the Sunday Times EFG Short Story Award.

Her debut novel is in the American realist tradition, mixing fable and social reality to stunning effect. Although his novels are set a century later, Steinbeck is an obvious comparison, both the journey west in The Grapes of Wrath and the coming-of-age narrative of The Red Pony that sees a young protagonist awaken to the dangers of life and the infallibility of adults. A more recent comparison is Katy Simpson Smith’s evocative historical debut The Story of Land and Sea, which has an equally moving father-daughter relationship at its core.

The way Davies brings her two tales together is both innovative and inevitable, with a fairytale twist that is more Grimm than Disney. Although set centuries ago, her morally complex novel has an immediacy that lands us in frontier America, a brave new world with ever present danger. “Remember, there are no gods,” says Old Woman in the novel’s closing section. “We have ourselves and nothing else.”