War as a bizarre abstraction: Uncertain Glory, by Joan Sales 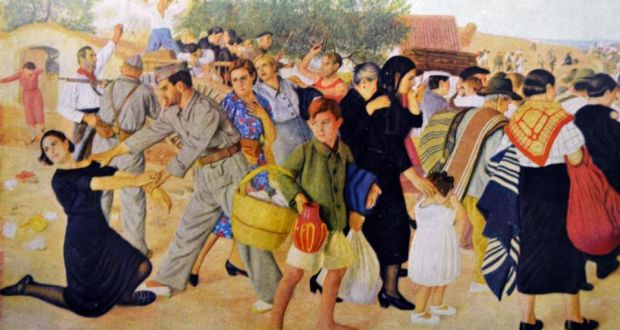 Any slight understanding most non-specialists outside of Spain could claim to have acquired of the Spanish Civil War through English-language reading tends to come from the outsider-as-witness perspectives of George Orwell’s reportage in Homage to Catalonia (1938) or from Ernest Hemingway’s admittedly melodramatic classic For Whom the Bell Tolls (1940). More authentically explained insights were to emerge through Javier Cercas’s eloquent lament Soldiers of Salamis (2003), which was astutely translated by Anne McLean.

Yet the conflict remains densely complicated and has left a bitter, still divisive legacy. No one will find many, if any, questions about the war clarified or explained through the pages of Catalan writer Joan Sales’s Uncertain Glory. In his wonderfully quasi-dramatic burlesque, Sales is far more concerned with depicting atmosphere and daily life, particularly the personal, as lived during a period of upheaval, than he is with attempting to explain the tangled politics.

This latest version is almost complete; the closing volume, The Wind in the Night, is due early in 2015. Written from the losing side’s viewpoint, Uncertain Glory, taking its title from Shakespeare’s The Two Gentlemen of Verona, makes it obvious that there is a war going on but the distracted central characters are usually penning detailed letters and journal entries or having heated exchanges. This does no disservice to the book. Sales did not intend it as a historical document and although many sequences do reflect the war, he focuses on creating characters so fraught you feel yourself anticipating their next outburst. When it comes, it is often very funny. Do not expect an ordinary novel; this is an offbeat extravaganza concerned with serious issues. Most of all, Sales (1912-1983) is exploring the contrast between ideology and reality as well as their effects on social classes and the ordinary people living beyond the political factions.

His characters are exhaustive talkers; they notice things and also fume and fester, and even, occasionally, make good sense. The most interesting of these truth tellers is Juli Solerás, the anti-hero, who announces that the surest way for a novel with a Spanish theme to impress is if the hero happens to be a bullfighter “and the heroine a Gypsy and by the third chapter they must be fornicating in a tropical jungle full of wild bulls”.

Foreigners, he then believes, “will turn this huge mess into stirring stories of bullfighting and Gypsies”. The “huge mess” proves crudely effective shorthand for this most chaotic of wars. Solerás has a habit of declaiming at length and then disappearing, which adds to his mystery. His presence is ambivalent as are his intentions. Yet it is he who arrives with a generous supply of tinned milk for the young son of Trini Milmany, the bewildered and increasingly angry girlfriend of Lieut Llíus Ruscalleda, also known as de Broca and one of the three narrators. He is not really a career officer, merely a pompous lawyer in a uniform whose detailed journal sets the scene.

De Broca soon introduces some doubts about his enigmatic, former school friend: “A conversation with Solerás suddenly came to mind. At the time, it hadn’t struck me as important, having sounded like a caustic stream of incoherent nonsense. . . .” Llíus has become transfixed by the widow of the local great house. She turns out to have been a servant who caught the eye of the master and had two children with him. Aware that she needs documents, she cultivates the besotted lawyer.

It transpires that she too has met his eccentric friend and when she makes clear that she does not wish to discuss him, Llíus muses privately: “Poor Solerás, one can see how he is gifted at inspiring less than friendly reactions. People can’t forgive him his haphazard conversations, so full of paradoxes and reticence.”

The snobbish lawyer continues to ponder everything: he sounds more like an anthropologist than an officer. His narrative is rich in descriptions of examining old books and furnishings; it is as if he doesn’t associate his cultural finds with the debris of war. His attempts to seduce the wily lady of the castle juxtapose his delusions with her practicality. She makes it clear she has not forgotten her peasant origins.

Back in Barcelona, Trini, minding the son she had with Llíus, is frantic; her letters rarely attract more than a curt response, so she takes to bombarding Solerás with her woes. The three had all been young radicals while back at university; there they nurtured fashionably vague revolutionary notions. Trini is feisty and opinionated and usually refers to herself as a geologist before correcting this to “a student of geology”. She is at war with her mother but empathises with her despairing idealist father. Aware that she had not planned on spending her days alone with a child, Trini moves on from simpering devotion to resentment and then anger.

The voices are all brilliantly rendered. Best of all is the hapless Cruells, a male nurse and increasingly failed seminarian. He tries to help the doomed young couple but becomes more involved than he intended. There is an element of Shakespearean comedy about the relationships. Yet Sales can quickly change tone. Trini recalls the “horribly hot night” she heard shots and went out to investigate: “He was very old and his soutane had turned green from wear, it was patched and mended. His eyes and mouth were open.” When the local magistrate finally arrives he confirms that the victim is an old village priest. “Marauding gangs of hotheads go round the villages burning churches and murdering priests and they often bring them back to Barcelona to kill. . . . We find them every morning,”

A claustrophobic sense of Barcelona under siege, enduring rationing and air raids as well as the deadly priest-hunts, emerge from her letters which although dominated by her fears for a dying relationship, are delivered as if part of a conversation and always convince.

In this revelation of a novel about a war that is treated as a bizarre abstraction seething somewhere off-stage, there comes a moment of staggering clarity. It is of course experienced by Crulls: “A tiny tank suddenly appeared in front of me, perhaps one of those small ones that had advanced quicker than the others and lost its way in the woods. It moved along the small ridge of my line of vision, slowly, like a caterpillar on a precarious branch. . . . It seemed so peculiar. . . as surprising as a tram might have been.”

No one could accuse Sales of writing an overly factual work larded with detail – it’s not – yet to read his bravura novel is to feel part of the shouting, the opinions, the confusion, the half-baked arguments, the terror, the regrets. Talk makes wars but it fails to win them. Sales has evoked a moment in time and Peter Bush’s vibrant, multi-voiced translation had conveyed the energy, romance and the freshness of a masterwork that will seduce anew with its passion, humour, pathos and the all too-human spats of anger. Eileen Battersby is Literary Correspondent.

Marianne Faithfull’s Covid coma: ‘They thought I was going to croak!’