Unsettling Irish America: Mary McCarthy and the cure for nostalgia

Irish-American women writers: McCarthy’s life and work, like Maeve Brennan’s, might be seen as part of a larger missing history of Irish-American female sophistication 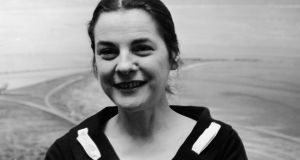 Mary McCarthy’s Memories of a Catholic Girlhood offers a cure for nostalgia and leaves no room for romanticised myths of Irishness. Photograph: Hulton Archive/Getty Images

By the time Mary McCarthy’s Memories of a Catholic Girlhood appeared in 1957 it had already caused consternation in Irish-American circles – excerpts published in advance in the New Yorker magazine and elsewhere were greeted with outraged letters from Irish-American compatriots, missives full of accusations of distortion and misrepresentation that McCarthy mentally files under “Correspondence, Scurrilous” in her playful address “To The Reader” at the beginning of the memoir.

This is just one moment in McCarthy’s writing history that reveals a deep ambivalence about her position as an Irish-American writer. Born in Seattle in 1912, McCarthy does not fall into an easy category of Irish Americana, and her work is not in any way interested in showcasing or celebrating Irish-American life, but her remarkable achievements as an Irish-American refusenik make her an important figure in the canon of Irish-American literature. Memories of a Catholic Girlhood is a searing history of the trial by ordeal suffered by McCarthy and her orphaned siblings at the hands of their aunt and uncle and exposes the calculated negligence and cruelty that lay behind her guardians’ pious Catholicism; contrary to the sentimental reminiscence hinted at in the title of the book, McCarthy’s Memories of a Catholic Girlhood offers a cure for nostalgia and leaves no room for romanticised myths of Irishness. Although Mary McCarthy had Jewish as well as Irish ancestry, she sought to outrun the claims of either identity and to be, at every turn, entirely her own person.

Memories manages to be both serious and irreverent in its recollection of the bleakness of McCarthy’s formative years and the extended disclaimers at the beginning of the memoir reveal this to be no ordinary exercise in life writing. These caveats take the form of highly self-conscious narrative acrobatics and continue throughout the book with footnotes that offer clarifications, postscripts, and codas that occasionally pause to amend the story of her early years as it progresses. McCarthy’s later memoirs, How I Grew (1987) and the posthumously published Intellectual Memoirs: New York, 1936-1938 (1992), revisit McCarthy’s formative experiences and recount her flight from childhood trauma and coming of age in the 1930s.

McCarthy’s arrival at the prestigious Vassar College in 1933 marked an all-important moment in her self-realisation. Unlike a number of her immediate Irish-American predecessors who were wedded to a romantic view of Ireland, after the publication of Memories, McCarthy actively avoided Irish-American themes. Armed with a Vassar education she found liberation in New York intellectual circles in the late 1930s and 1940s and gained a reputation as a literary rising star and a glamorous and charismatic personality who cared little for convention.

McCarthy’s politics were that of the intellectual contrarian and she was a formidable contributor to magazines such as The Nation, Harper’s Magazine, and The New York Review of Books. When the leftist political magazine Partisan Review, with which McCarthy was closely affiliated, relaunched in 1937, she was one of the contributors to the first issue, appearing in the table of contents alongside poets, critics, and artists such as Wallace Stevens, Edmund Wilson, and Pablo Picasso. Her name alone made her unusual amongst a European and Anglo-American intellectual elite, but she was an influential and formidable contributor to political and cultural debate. McCarthy’s fiction offers an often satirical take on American intellectual life, from her first published work, The Company She Keeps (1942), which features a story, Portrait of the Intellectual as a Yale Man, to her later novel, The Oasis (1949), set in a utopian intellectual community doomed to failure, and her celebrated campus satire, The Groves of Academe (1953).

The real-life controversy and pyrotechnics associated with some of McCarthy’s public battles with other writers, most particularly her feud with Lillian Hellman, who sued her for libel in 1979, risk overshadowing the range of McCarthy’s literary achievements, as she emerged in her later life as one of the mythical creatures she had been fascinated by in her youth – a public intellectual. She is best remembered as a prolific novelist and memoirist, but her work encompassed an extraordinary range of genres, forms, and subjects.

She took up the challenge of art criticism in the appreciation of Italian art that is The Stones of Florence and Venice Observed (1956) and published numerous interventions on contemporary literature and culture. This record of achievement extends to publications in which she launched a determined protest against the Vietnam War – she reported on her visits to Vietnam in Vietnam (1967) and Hanoi (1968) – and her coverage of the Watergate scandal in The Mask of State: Watergate Portraits (1974). She later published a critical study of the novel in Ideas and the Novel (1980).

Another compelling strand in her life’s work is her extended correspondence with German writer and philosopher, Hannah Arendt. McCarthy’s public battles were well documented, but far more interesting is the powerful bond and companionship that McCarthy and Arendt enjoyed over many years. The published letters of McCarthy and Arendt offer a fascinating account of their intellectual companionship and are marked by an almost sisterly affection – this was a friendship of true equals. One letter to Arendt from McCarthy written in 1954 begins with the compliment: “Dear Hannah, This is the second letter I’ve written you; the first I discarded as too boring.”

McCarthy’s capacity to embrace contradictions and refuse convention can be traced back to a formative scene in her childhood that she pauses to celebrate in Memories of a Catholic Girlhood, in which an 11-year-old McCarthy is chastised by a teacher for her precociousness in front of her classmates and declared in melodramatic terms to be “Just like Lord Byron, brilliant but unsound”. McCarthy recollects the same event with relish: “I had never felt so flattered in my life…”.

What emerges from McCarthy’s supremely self-conscious experiments in life writing and her interest in the self-fashioning of the intellectual in her fiction and non-fiction might be seen as part of a larger missing history of sophistication in the story of Irish women in America – one in which Maeve Brennan also played a central role. When read together McCarthy’s memoirs represent a very determined pursuit of the story of her own intellectual coming of age, a theme that resurfaces again and again in her fiction and life writing.

Mary McCarthy and Maeve Brennan were born just years apart, but were delivered into very different worlds. They would go on to infiltrate American magazine culture in different ways, and find a home for themselves amongst a New York intelligentsia. Brennan, like McCarthy, was known for the loyalty of her friendship as well as her fierce wit and gift for satire. Like McCarthy she made her way as an interloper in the elite social circles of New York in the middle of the century.

The esteem in which Maeve Brennan was held amongst the New York literati is vividly documented in Angela Bourke’s Homesick at the New Yorker. My own research in the New York Public Library unearthed reminders of the admiration and affection of luminaries such as the writer John Cheever, New Yorker editor William Shawn, and writer and editor Howard Moss – a letter by Cheever recalls a riotous evening at Brennan’s apartment in 1959, a postcard from Shawn thanks Brennan warmly for seeing him off on a transatlantic voyage with a bottle of champagne in 1967, and a whole tranche of affectionate correspondence between Brennan and Moss reveals a close and trusting friendship.

I had hoped I might find somewhere in the archives, either in The New Yorker Records or amongst McCarthy’s unpublished correspondence at Vassar College, something that would connect Brennan directly to McCarthy, some sign that they had read each other’s work or encountered each other as they moved through New York City. Though I have yet to discover a material link between Brennan and McCarthy, one thing remains certain – as major figures on the New York literary landscape in the middle of the last century, had they met, they would have had a great deal to say to each other.

Ellen McWilliams is lecturer in English literature at the University of Exeter. She is the author of Margaret Atwood and the Female Bildungsroman (2009), and Women and Exile in Contemporary Irish Fiction (2013), and is working on a new book, Irishness in North American Women’s Writing: Transatlantic Affinities. She held a Fulbright Scholarship at Fordham University in New York in 2012 to carry out research into Irish and Irish-American women’s writing and has published extensively on the writing of Maeve Brennan