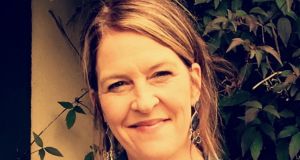 Una Mannion: her debut novel, A Crooked Tree, will be published in spring 2021

Mannion’s debut novel, A Crooked Tree, has been acquired by publishing director Louisa Joyner, who bought world English language rights from Peter Straus at Rogers, Coleridge & White. It will be published in spring 2021.

Mannion, a lecturer in performing arts at IT Sligo, sayids: “I am utterly thrilled to be getting published; that it is Faber is overwhelming. So many of my writing heroes are Faber authors. I am deeply humbled and grateful to Louisa Joyner and her team for their commitment to my book and their tremendous act of faith. It still doesn’t feel quite real.”

Joyner, who was Anna Burns’s editor on her Booker Prize winning novel Milkman, said: “This is an utterly captivating novel, populated with finely hewn characters. It has the kind of propulsive force that means you might have to remind yourself to breathe. It’s a joy to be welcoming Una Mannion to the list and we look forward to sharing her mesmeric debut with its irresistible pull.”

The publisher describes A Crooked Tree as a devastating journey through family life in suburban ’80s America, which explores how actions have terrible unintended consequences.

“Ellen and Thomas are bickering in the back of the car. Libby has her forehead pressed against the window; she is dreading the coming summer. Ellen is going too far, disturbing their mother as she drives. Libby elbows Ellen to shut her up. But Ellen doesn’t stop. When their mother pulls on to the verge and tells Ellen to Get out, they all know that is what she is going to do. What none of them know as they drive off leaving their 12-year-old sister on the side of the road five miles from home, with the dark closing in around her, is what will happen next...”

Mannion was born in Philadelphia and lives in Co Sligo. She has won numerous prizes for her work including the Hennessy award for her poem Crouched Burial and the Doolin, Cúirt, Allingham and Ambit short story prizes. Her work has been published in The Irish Times, The Lonely Crowd, Crannóg and Bare Fiction. She edits The Cormorant, a broadsheet of prose and poetry.

The New Irish Writing competition, which were sponsored for almost 50 years by the drinks brand Hennessy and whose winners are published each month in The Irish Times, is currently seeking a new sponsor. Many previous winners, including Barry, Colum McCann and Joseph O’Connor, have gone on to achieve major international literary success.