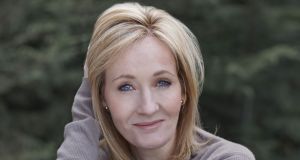 Troubled Blood
By Robert Galbraith
Little, Brown, €16.99
The fifth title in JK Rowling’s pseudonymous crime series, Troubled Blood, sees Cormoran Strike tackling a cold case for the first time, while his partner, Robin Ellacott, wades through a messy divorce, made all the more complicated by her feelings for Strike.

Cormoran and Robin’s evolving relationship has been a genuine emotional pull for readers in the past but the likeable detective duo cannot save this narrative from the world outside the book. A world in which JK Rowling’s opinions on issues such as transgender rights have become more of a story than the words on these particular pages. There are no transgender characters in Troubled Blood but the presence of a serial rapist killer who dresses in women’s clothing in order to prey on potential female victims is pointed, cynical and jarring. Rowling has forcibly inserted her views into this narrative, and it suffers as a result.

Troubled Blood is long; it comes in at more than 900 pages, nearly twice as long as the first title in the series, Cuckoo’s Calling. And, unfortunately, it simply isn’t compelling enough to justify the sacrifice of that many trees. – Becky Long

Island Dreams
By Gavin Francis
Canongate, £20
Gavin Francis has always been fascinated with islands because of a possible connect between them, “remote from urban centres, and dreams”. He seeks them out “to recalibrate [his] sense of what matters”, finding them therapeutic in ways difficult to articulate. He travels from Patagonia to north of Greenland and from the Hebrides to the Aegean, taking in prison islands, remote Antarctic islands, monastic islands and even some imaginary islands along the way.

Blending memoir and nature writing in a free-form style, the book combines stories of his own travels with reflections from psychology, philosophy and literature and features a broad range of maps. An Edinburgh GP, Francis clearly agrees with what psychoanalyst and paediatrician DW Winnicott called “the need in psychological and emotional health for a measure of isolation”. – Brian Maye

Entangled Life: How Fungi Make Our Worlds, Change Our Minds and Shape Our Future
By Merlin Sheldrake
Bodley Head, 2020
Moving through deep time, drawing our attention to rot, to compost, taking us truffle-hunting in Italy and on an exploration of the psychic effects of mushrooms, Entangled Life is both expertly explained and easy to read. In fact, this is a gorgeous, intelligent, utterly absorbing account of fungi, their proliferation in the world, their economies, their diversity and their astounding interactions. Comparisons to writers such as Robert MacFarlane would, here, be justified. In what can sometimes feel like an oversaturated market for nature writing, Sheldrake’s book stands apart, and does what all the best books do: it expands our world, and makes us look up from the page with renewed wonder. - Sean Hewitt