Trouble Is Our Business review: How to tantalise your inner detective 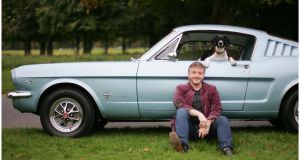 Almost a quarter-century ago Peter Haining edited Great Irish Detective Stories, an anthology of “some of the best detective stories by Irish writers to appear over the last 150 years”. Haining included many Irish writers not normally associated with the genre – Frank O’Connor, Benedict Kiely, Liam O’Flaherty, William Trevor and even James Joyce – as well as some even more dubious choices: Peter Cheyney, who, Haining asserted, claimed Co Clare as his birthplace, and Edmund Crispin, on the basis of having an Irish mother. More traditional crime writing was represented by Nicholas Blake (aka Cecil Day Lewis) and Freeman Wills Crofts (currently undergoing a paperback revival).

Five years ago Declan Burke – a regular crime-fiction reviews for The Irish Times – edited Down These Green Streets: Irish Crime Writing in the 21st Century, an important collection of crime, fact as well as fiction, and literary criticism that aimed to chart “the evolution of the Irish crime novel since the inception of the State through a series of essays, interviews, personal testimonies and short stories”. Two of those essays, by Ian Campbell Ross and John Connolly, surveyed the development of “Irish crime fiction”, and are both well worth searching out. But despite reappearances by many of the contributors to Green Streets, and a nod to Chandler in the titles of both books, Trouble Is Our Business has a different purpose.

The British writer Harry Keating’s use of Dublin (specifically Trinity College, where he studied) as background for his early The Dog It Was Who Died hardly qualifies him for Irish citizenship, but Connolly is a Dubliner who, although he sets most of his crime fiction in Maine, is unequivocally an Irish crime writer.

Lest there be any doubt the subtitle New Stories by Irish Crime Writers appears on the cover. Lee Child, in his foreword, argues, not entirely successfully, that “the Irish are great storytellers because the Irish are great story-listeners.” Although many would take issue with that assertion, given that understanding the writers in this anthology, Child explains, say “Give me . . . a page or two, and I’ll give you a story.”

The front flap promises “the full range of crime incarnations: from police procedurals to psychological thrillers, domestic noir to historical crime”, and for once this is not mere publisher hyperbole. Ranging from Alex Barclay’s Roadkill – a mere four pages – to Brian McGilloway’s 24-page What Lies Inside, the stories cover, with one exception, the entire crime spectrum.

Timewise we travel from Cora Harrison’s 16th-century Mara’s First Case to Eoin McNamee’s 2015-set Beyond the Bar, Waiting. Where, exactly, does Alan Glyn’s unclassifiable, and highly imaginative, The Copyist fit into that timeline? It’s a crime story but also science fiction and fantasy.

Geographically we travel from the US, in Eoin Colfer’s witty A Bagful of Hammers, to Sinéad Crowley’s idyll-interrupted tale set on a Greek island, Maximum Protection, while Louise Phillips opts for Dublin and Ruth Dudley Edwards for rural Clare.

The poignant Kindness, by Julie Parsons, contrasts starkly with the cocaine-fuelled brutality of Declan Hughes’s The Time of My Life, and although the theme of both Ken Bruen’s Miller’s Lane and Colin Bateman’s The Gaining of Wisdom is revenge, the difference in approach and narration shows how wide ranging a genre crime fiction has become. Bruen is staccato and violent. Batemen is understated and emotionally devastating, with a final scene that stays in the mind long after you’ve finished reading the story. And Liz Nugent’s Cruel and Unusual is exactly that.

And the “one exception”? This is a personal disappointment: despite the wide variety of story types here there is no traditional whodunnit. Not necessarily a Miss-Scarlett-in-the- library-with-the-spanner exercise, but is a variation thereon too much to ask?

Admittedly, there is little or no tradition of this type of writing in this country. Nicholas Blake and Freeman Wills Crofts were first-class exponents, although each set only one tale in his native country. And subsequent Irish-born writers in this demanding form – Eilis Dillon, Sheila Pim, Nigel Fitzgerald – were not prolific and, apart from a lone example from Fitzgerald, not short-story writers. All are, sadly, long forgotten. With luck the next Irish anthology – and I trust there will be one – will rectify that omission.

If I had to choose a favourite I would opt for the twistingly plotted Double, by Phillips, and Bateman’s The Gaining of Wisdom.

But this collection can be confidently recommended to anyone who reads any type of crime fiction. They will find something to tease and tantalise their inner detective. But, please, drop the Emerald Noir tag.