Travels through Dictatorland: how African despots cling to power 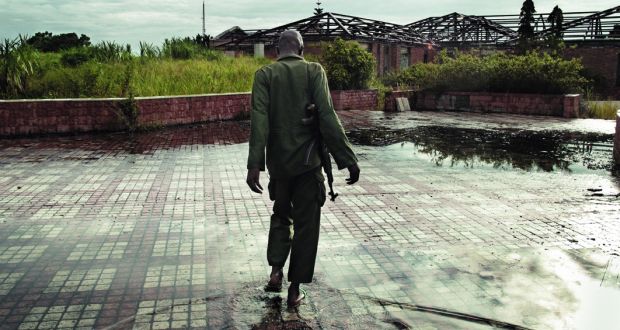 The looted remains of Mobutu Sese Seko’s palace at Gbadolite in Democratic Republic of the Congo in 2003: For 32 bloodstained years he manipulated ethnic and regional divisions

Paul Kenyon, a Bafta-winning BBC television reporter, has written a lively new account of the careers of seven long-ruling African dictators, with a focus on the methods that helped them cling to power – some of them to this day.

Skipping briskly around the continent, Kenyon shows us how Teodoro Obiang of Equatorial Guinea, Sani Abacha of Nigeria and Libya’s Muamar Gadaffi were propped up by western oil corporations and governments which, so long as the crude kept flowing, were happy to ignore sadistic repression and the theft of billions of dollars from an impoverished continent.

In Zimbabwe, meanwhile, Robert Mugabe clung to power by exploiting not only justifiable anti-colonial grievances but also foreign aid, illegal land seizures and informal diamond mining, among other things. He even plunged his country into a war in the Democratic Republic of the Congo that was really none of its business, just so he and his lieutenants could join in the looting of that country’s copper and diamonds.

Mugabe’s troops had first arrived in the Congo as part of the 1997 uprising/invasion which finally deposed the egregious strongman Mobutu Sese Seko, who for 32 bloodstained years had manipulated ethnic and regional divisions while embezzling mineral wealth on a scale that Mugabe can only have envied.

But Mobutu could not have gained power in the first place were it not for the CIA, which helped him to depose and murder liberation leader Patrice Lumumba.

Felix Houphouet-Boigny, late president of the Ivory Coast, seems almost benign in comparison to some of these monsters. His bodycount was relatively low, but he was in his own way as corrupt and authoritarian. With the connivance of France and other western enablers, he redirected overseas an estimated $11 billion in revenues siphoned from his country’s principal export, chocolate, prior to his death in 1993.

Before he went, he had the pleasure of seeing Pope John Paul II himself bless Africa’s most spectacular white elephant, the half billion dollar basilica – a near-replica of Saint Peter’s in Rome – which Houphouet-Boigny had built outside his home village in the forest, itself transformed into a Potemkin capital at a cost of at least $2 billion.

These are, according to the book’s subtitle, The Men Who Stole Africa. Yet there are other notable African kleptocrats, like Omar Bongo of Gabon or Jean-Bedel Bokassa of the Central African Republic, who barely get a mention. One of the very worst, Eduardo dos Santos of Angola, doesn’t even make it into the index.

Meanwhile,the seventh and final dictator whose story is glossed in this book, Isaias Afwerki of Eritrea, although by some measures the most totalitarian of the lot, is not actually a kleptocrat. An austere military leader who lives for much of the time in a tent, Afwerki – Kenyon points out – seems unable to move on from his glory days, when he led a 22-year guerrilla insurgency that eventually freed his country from a brutal occupation by its much larger neighbour, Ethiopia.

Unable or unwilling to give his people their expected peace dividends – democracy, pluralism, a free economy – Afwerki exploited a minor border clash with Ethiopia to put his country back on a war-footing. This gave him a pretext to eliminate close colleagues and domestic reformers, isolate his country from the outside world and instigate a near-universal system of conscription that has flatlined the economy and driven tens of thousands to flee abroad.

You could argue that Afwerki steals freedom, not money, and so merits his place under this book’s subtitle. But so, among others, did his great military rival, Ethiopean dictator Mengistu Haile Mariam, who is only a fleeting presence here. Idi Amin isn’t mentioned at all.

So this is a book about some but not all of the major African kleptocrats, and one of its many authoritarian warlords. Fine, as far as it goes. But when a book does not adhere to a clear mission statement, the niggling question arises: what exactly is it for? Who is writing it, and why?

Mr Kenyon is an esteemed TV reporter but he is not a professional historian. An historian would not, for instance, have written a sentence like “Angola became America’s most humiliating Cold War defeat”. This, clearly, was Vietnam.

In the real world, people in the West do need to know a lot more about Africa. We especially need to understand why so many of its inhabitants are desperately trying to flee to our countries, and why the West cannot say that it’s not substantially to blame

He appears to have visited most of the countries he writes about (Equatorial Guinea is an admitted exception), but the map-hopping format provides little opportunity for him to display much in-depth knowledge.

The best non-fiction books written by Africa correspondents – for example, In the Footsteps of Mr Kurtz by Michela Wrong or Tim Butcher’s Blood River – are usually based on prolonged acquaintance with a single country or conflict, and tightly focused on it.

Mr Kenyon’s breezy writing style (he is fond of the wind, both as a metaphor and a descriptive element) sometimes gets in the way as he switches tense, tempo and point of view to generate a sense of pace and urgency.

Like many other modern journalists, he is fond of inserting first-person anecdotes, drawn from his reporting trips, to add colour to historical narrative. But his paths from the particular to the general are not always smooth, and sometimes come to grief in Partridgesque non-sequiturs.

“Later that evening I sat beneath a vast indigo sky, sharing goat stew with Gadaffi’s men in a desert camp. Some wanted to practise their English, others larked around in the sand, pretending to be scorpions or desert dogs.”

Perhaps this is literary nitpicking. In the real world, people in the West do need to know a lot more about Africa. We especially need to understand why so many of its inhabitants are desperately trying to flee to our countries, and why the West cannot say that it’s not substantially to blame.

Despite its minor flaws, Dictatorland is a humane, timely, accessible and well-researched book that shines a light on urgent African issues – ignorance, populism, contempt for democracy, violent repression, military adventurism, toxic corruption and kleptocratic offshore elites – that, when we consider the state of our own societies, can no longer be dismissed as merely somewhere else’s problem.

‘Literature cannot look away’: writing a novel about Bessborough mother and baby home