‘To Kill a Mockingbird’ belongs to elite of undisputed classics

Lee makes it obvious it is not Robinson on trial, but the racism of the American South 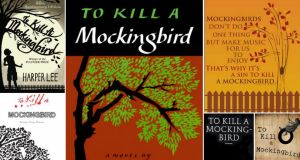 To Kill a Mockingbird by Harper Lee was published in 1960. It was immediately successful, winning the Pulitzer Prize, and has become a classic of modern American literature.

Most novels manage to fall into immediate categories. Some are bestsellers, others are destined to be respectfully reviewed, maybe even win prizes. Still others are read by a handful and earn cult status.

Then there is the elite minority; the undisputed classics assured of a timeless, international appeal. Harper Lee’s To Kill A Mockingbird, first published in 1960 and now back in the news, has remained bestseller, beloved novel and one of those prescribed texts that no one minds reading for an exam.

Up until the breaking news of the forthcoming publication of her second novel, which was in fact written first and provided the inspiration and apparently even some of the material for To Kill A Mockingbird, the story of young Scout Finch and her small town world, was Lee’s first and only book. It is a piece of literary lore that is now to be revised.

Scout, the narrator, is intrigued by life as lived beyond her experience. She is the daughter of a widower, and also has an older brother, Jem. This may explain why she is that bit more alert, more astute to the realities of life although she retains a questing innocence. She also possesses a flair for saying the wrong thing, only she is in fact saying the right thing – except her timing may not be that good. More importantly, no one else wants to hear her truths; they tend to be awkward and accurate. Scout also shares an instinctive sense of fair play, a quality inherited from her father, Atticus Finch, one of the most appealing fathers in fiction.

Is she a paragon? No, not at all which explains why she is so likeable. She may even be a bit of a busy body. And of course, it is Scout who supplies the new teacher with the domestic details that are so important in assisting the teacher understand the home life of her pupils.

Near the close of the novel, Scout when attending her aunt’s women’s society tea party, is wearing a dress and has figured out the oddities of adult behaviour to such an extent, that on being asked what she wants to be when she grows up, replies (rather disappointingly for a schoolgirl reader) “a young lady.” Cringe.

Still, she does make clear throughout the novel that she believes that most disputes may be settled by a punch in the face. So she is no goody goody. The definitive tomboy, growing up motherless, in cloistered 1930s Alabama, Scout outfights all comers and also has an acceptably smart mouth.

Jem, her brother, is four years older and the Finch children are pals, not rivals. They are both imaginative and are fascinated by the shadowy presence of Boo Radley, the reclusive, grown up son of a cantankerous neighbour.

Scout is telling the story but her father, Atticus, gentle, quiet and detached, always fair, is the heart of the book. He is conscious of the obstacles facing anyone determined to ensure that the same code of justice is given to all men regardless of their colour, in the narrow, segregated community of unforgiving Maycomb County.

Aware of how futile – and wrong – it is to order his children as to how they should think or conduct themselves, he permits them unusual freedom. This may seem due to absent-mindedness, but Atticus misses very little.

When he “bows to the inevitable” and gives in to their pleas for airguns, he cautions them with one of the most enduring quotes in American literature: “You can shoot all the blue jays you want, if you can hit ‘em, but remember it’s a sin to kill a mockingbird.”

Slow and careful, even weary as he seems, it is nevertheless Atticus who quickly takes action and kills the rabid dog that appears on the street. Never underestimate Atticus. He is far from being a small town lawyer.

The Finch family have an impressive pedigree, at least locally and it includes a family seat, Finch’s Landing, supported by cotton, if little money. Scout reveals that her father, who was “related by blood or marriage to nearly every family in the town”, had gone to Montgomery to read law while his brother had studied medicine in far away Boston.

“Their sister Alexandra was the Finch who remained at the Landing: she married a taciturn man who spent most of his time lying in a hammock by the river wondering if his trout-lines were full.” Yes, Scout does tend to tell the truth. This frequently places her at odds with adults, particularly her aunt who finds the truth discomforting.

Scout’s narrative is precocious, comic and above all authentic. Her voice is faithful to the slow, lilting rhythms of Southern speech. If there is a weakness in the novel, it may be that Scout is simply too intelligent. Yet in fairness to Lee, she does skilfully balance vivid memory with the perception of hindsight. By doing so she brilliantly evokes a very real sense of childhood remembered. It is a sympathetic novel, but never a sentimental one and therein rests its appeal.

Scout’s reportage is so convincing that the community itself emerges through vivid incidents described with an exact, all-seeing eye for detail. Scout is young, she has time to ponder and consider. She is at an age for figuring out things and the reader also pieces it all together.

Atticus is a wonderful character and so too, in their less prominent roles are Miss Maudie, Judge Taylor, and the sheriff, Mr Tate.

The point of the story is the court case. It is the prevailing dynamic as it exposes everything. When it becomes known that their father will be defending a black man charged with raping a white woman, Scout and Jem are subjected to taunts from the local children who are merely voicing the resentments of their elders.

It is obvious that the accused, Tom Robinson, is innocent, he did not touch the victim who was beaten by her father. Lee makes it obvious that it is not the innocent Robinson who is on trial, but rather the racism of the South.

To Kill a Mockingbird, which won a Pulitzer Prize, is as much a deliberate polemic as is another, much earlier, enduring classic, Black Beauty (1877). Lee does not conceal her intent.

In one of his impressive rhetorical statements, Atticus, while summing up his defence of Tom Robinson, addresses the jury: “You know the truth, and the truth is this: some Negroes lie, some Negroes are immoral; some Negro men are not to be trusted around women – black and white. But this is a truth that applies to the human race and to no particular race of me. There is not a person in this courtroom who has never told a lie, who has never done an immoral thing, and there is no man living who has never looked upon a woman with desire.”

The mind of Scout Finch never stays still: she wonders about her teacher’s avowed hatred of Hitler, considering she overheard Miss Gates’s racist declarations as she left the court room following the trial: “…she was goin’ down the steps in front of us, you musta not seen her – she was talkin’ with Miss Stephanie Crawford. I heard her say it’s time somebody taught ‘em a lesson, they were gettin’ above themselves, an’ the next they think they can do is marry us. Jem, how can you hate Hitler so bad an’ then turn around and be ugly about folks at home?”

Years before Toni Morrison in a later Pulitzer Prize wining novel, Beloved (1987), forced readers to reconsider the horrors perpetrated by the white slavers, Lee, by setting To Kill A Mockingbird in 1935, exposed the racism still rampant in Alabama.

Few writers have succeeded in crafting as charming and as powerful a polemic. Scout’s story is about injustice but it is also a rite of passage in which a lively intelligence arrives at understanding. Is it that elusive thing, a truly great novel? Well, it stands close to equal with Mark Twain’s glorious The Adventures of Huckleberry Finn (1885).

The most pressing question remains unanswered: will Harper Lee’s second novel, written and rejected before her debut all those years ago, and due to be published on Bastille Day, be as good as her first?