Review: Flaws of Lisa Taddeo’s book based on extensive interviews do not diminish importance 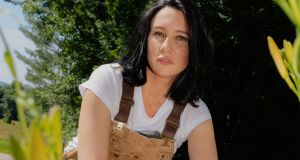 Many readers will be familiar with the autobiographical novel or “autofiction”, and its non-fictional cousin, the memoir that incorporates novelistic frills and is sometimes called “creative non-fiction”. Lisa Taddeo’s Three Women offers a further twist on the genre-splicing literary zeitgeist: it is, as the author emphasises in her prologue, very much a work of non-fiction, drawing on extensive interviews with three ordinary women – exploring the complexities of their sexual histories, which are bound up in abuse, trauma and shame – and yet it reads very much like a novel. Unlike a lot of “creative non-fiction”, it is narrated in the third person, in an accessible prose style reminiscent of glossy magazine reportage. It is, in short, a strange beast.

Taddeo tells the stories of Maggie, Lina and Sloane concurrently. Maggie has an underage affair with her schoolteacher and later testifies against him at his trial for statutory rape, for which she is shunned by her local community. Lina is gang-raped in her teens and consequently ostracised by her peers, which brings her relationship with her sweetheart, Aidan, to a premature end; years later, after enduring a decade of a largely sexless marriage, she reconnects with Aidan and has an adulterous affair with him. Sloane sleeps with other men in front of her husband, an arrangement that suits both parties until, one day, she is confronted by the distraught wife of one of their partners; racked with feelings of shame and remorse, she reflects on her strained family history and its formative influence on her psycho-sexual makeup.

If there is a common theme across the three stories, it is a conspicuous lack of sisterly solidarity

Maggie and Lina’s trajectories are similar insofar as they both entail the brutal crushing of naive romantic love, followed by arrested development in adult life. We are told: “all Lina has ever wanted is to be fully in love and forever partnered, like a penguin.” As a grown-up she is “like her high-school self . . . She has childlike energy and laughs easily.” What is most disturbing about Taddeo’s rendering of Maggie’s story is how real and legitimate the affair feels while it is unfolding; it almost reads like a love story. Only in retrospect does she achieve clarity: she had been little more than a plaything to him, an ego-trip. When he told her he loved her, “what he meant was, I am in love with how I am now, again, so please don’t leave, because this fresh me will die if your crush on me dies.”

Sloane, by contrast, is your archetypal over-achiever: “She’d been a good rider, skater, skier, singer, and model before the age of 13. She’d played field hockey and run track. She graduated from one of the best private schools in the country.” After nearly getting killed in road traffic accident – in the aftermath of which her family were more concerned about the totalled car than her wellbeing – she became “the absolute best anorexic-bulimic she could be. She was strategic, clean, informed.” Her parents had wanted her to marry her boss’s son, prompting suffocating visions of “Monogrammed sheets. Picnic baskets in the trunk of a Range Rover. Twins with Peter Pan collars. The word ecru. Saint John. Christmas in Aspen.” Hers is an affluent kind of pain, linked to the oppressive burden of high expectations and fragile self-worth.

Each one of these tales might, individually, have made for a compelling memoir in its own right. By pulling them together in this way, Taddeo invites us to view them collectively, as part of a single, composite entity. To what end? Taddeo’s prologue nudges us towards the through-line: “it’s women . . . who have a greater hold over other women than men have. We can make each other feel dowdy, whorish, unclean, unloved, not beautiful.” Indeed, if there is a common theme across the three stories, it is a conspicuous lack of sisterly solidarity. Maggie and Lina are both slut-shamed by other women, and Sloane has shunned same-sex support systems and tethered her self-esteem to male approval. All three women are isolated and vulnerable.

Three Women handles its subject with far more sympathy and insight than we would get in a commercial misery memoir, but it is not entirely free of some of the unattractive traits associated with that genre: the very nature of the book presupposes a degree of prurience and condescension. Alternatively, perhaps fastidiousness itself is the problem. Perhaps the hitherto existing system of rules governing matters of privacy and propriety prevents us from talking about these things in a manner that is both sufficiently incisive to say what needs to be said, and sufficiently generous to meet the standards of good taste and decency. If so, then Three Women’s flaws – its conceptual messiness, its extractive voyeurism, and its very slight whiff of overbearing, wise-after-the-event didacticism – are also its most important features.