The World Without Us by Mireille Juchau review: Mother earth calls it a day 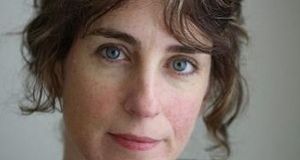 Book Title:
The World Without Us

We live in a time where epic changes are happening to the world’s climate. The consequences of industry emissions are becoming more apparent every year as global warming increases, sea levels rise and the chances of future ecosystems adapting naturally continue to diminish.

These big-picture themes form part of the backdrop of this third novel by Australian Mireille Juchau. Her third novel (the first to be published in the UK and Ireland) tells a story of climate change as seen through the eyes of a fictional community in a verdant haven of sustainable living on the north coast of New South Wales.

The World Without Us invites comparison to other recent books with similar frameworks such as Barbara Kingsolver’s Flight Behaviour and Margaret Atwood’s Oryx and Crake. In these novels, global crises are made clear through domestic detail. That the way we live our lives affects others, at close range and on a grander scale, is at the heart of such novels where individuals, relationships and ecologies are breaking down.

If the Romantic poets turned to the natural world for solace, Juchau’s novel asks where modern society can turn when our environments are damaged – and we have been complicit in their destruction. Choosing to insert quotes from Maurice Maeterlinck’s The Life of the Bee throughout underpins the author’s themes.

The Belgian Nobel Prize winner’s intricate study of apiculture is as much about the human condition as it is about bees. The same can be said of The World Without Us. The weather inside the minds of Juchau’s characters is as important as the huge changes going on around them.

In the Bidgalong Valley, hours from Sydney, lakes burst their banks, rainforests are felled, mining chemicals pollute the landscape and disturb ecosystems, such as the bee farm owned by Stefan and Evangeline Müller.

A mild-mannered German expat with a drink problem, Stefan can’t understand why his bees are disappearing. Although the family is financially dependent on them, it is testament to the amount of action packed into the book that this problem fades into the background.

Stefan has other things to worry about, such as grieving for his youngest child Pip, dead two years from a leukaemia that may have its origins in contaminated well water. There is also the vacancy in Evangeline, who pushes an empty pram around the lush rural landscape; infidelities past and present; eldest child Tess, who hasn’t spoken in six months; the legacy of a hippie commune that still haunts the village; and, to top it all off, the discovery on his land of a car wreck with human remains.

And that’s just Stefan. The novel has multiple narrators: lonely, loss- stricken Evangeline who struggles to mother her two remaining children; schoolteacher Jim, who has run away from a failing relationship in Sydney; doomsayer Tom Tucker, who writes about the end of society; Tess and Meg, both dealing with the death of their sister in different, poignantly related ways – Tess through silent protest and Meg through art.

With so many voices and subplots buzzing about, the narrative can feel bitty, and the numerous mysteries dilute interest in each. Swarming at the reader in fragmented sections, the voices and dialogue are light on punctuation in a style that is effective and natural but also sometimes confusing. Reading the novel is akin to being inside a hive, a constant whirr of activity as plots are picked up and then speedily discarded.

The honey comes in Juchau’s wonderfully vivid writing and powers of description. Her previous novels, Machines for Feeling (1999) and Burning In (2007), have been nominated for major southern hemisphere literary awards such as the Vogel and the Commonwealth Writers’ Award.

Juchau has a lyrical style and a great appreciation of the natural world. In locations such as Lunar Lake, Repentance River and Ghost Mountain, nature has biblical authority. Tom Tucker explains its power to sustain: “Where else had he experienced such wonder as on a clifftop conducting a cloud spectre, marvelling at mackerel skies.”

Symbolism is rife, from the pram to the blood of Tess’s first menstrual cycle to Jim’s bloody leg in the river where he swims naked with Evangeline, to the visceral descriptions of birth and motherhood that act as the narrative’s pulse. Everything is cyclical, the author seems to be saying, even when we do our best to destroy it.

“Hasn’t he noticed,” Evangeline asks Jim in an early chapter, “a mother’s leaving is never heroic or epic. Only ever betrayal.”

The World Without Us considers these betrayals as one death threatens to herald a family’s apocalypse. Juchau explores the way characters help each other claw back their lives. The world emerges as a vast and bracing place, one that goes on – with or without us.