The Value of Everything review: How to end the we make, they take economy 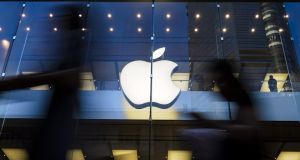 Apple: Mazzucato points out that almost all of the major technological innovations that have made the company its billions were originally funded by the public sector, sourced from public wealth. Photograph: S3studio/Getty

Book Title:
The Value of Everything: Making and Taking in the Global Economy

For many people, to exist in today’s financialised economy increasingly feels like being at the mercy of a mystifying system beyond our control or even comprehension, where price often seems not to correlate with value. Populist political waves since the financial crisis of 2008 have been characterised by the associated sense that the gulf between the 1 per cent and ordinary citizens is ever widening.

The feeling of a lack of agency seems particularly strong in globalised, financialised Ireland. In the aftermath of the banking crisis many of us have watched the things that used to be considered the most basic needs in life, such as housing, move beyond our reach while the expert chorus assures us that our GDP tells us we’re bouncing back.

Mariana Mazzucato’s new book, The Value of Everything: Making and Taking in the Global Economy – its title is a reference to Oscar Wilde’s line that a cynic is a man who knows the price of everything and the value of nothing – provides both an analysis of and a strategy for combating the notion of the financial elite as productive creators of wealth.

When Leo Varadkar said he was on the side of people who get up early in the morning he was not, unfortunately, taking aim at those who make fortunes while they sleep

We have all heard countless versions of the idea that the economy has makers and takers. When Leo Varadkar said he was on the side of “people who get up early in the morning” he was not, unfortunately, taking aim at those who make fortunes while they sleep. Mazzucato holds the economic elite up to Varadkar’s test and asks if they are actually involved in creating that which has value, given that they are often the ones who get to decide the price.

The book is in part a call to return to the old question of the measurement of value in economics. “The disappearance of value theory from the economic debate hides what should be alive, public and actively contested,” Mazzucato writes. If this is not contested, “some activities will be deemed to be value creating and others will not, simply because someone – usually someone with a vested interest – says so.”

Too often, when trying to defend the welfare state against austerity cuts, social democrats have been drawn into a moral discussion that treats redistribution almost as if it were a form of charity. That premise is a myth: the highly unproductive economic actors who created it behave as if the private sector created value and wealth on which the public wealth and the government were parasitic, but in fact the reverse is often true.

Mariana Mazzucato argues that the state itself can be, and often has been, a tremendous force for wealth creation and radical risk taking and technological innovation

Mazzucato returns here to an argument she made in her book The Entrepreneurial State: Debunking Public vs Private Sector Myths: the state itself can be, and often has been, a tremendous force for wealth creation and radical risk taking and technological innovation.

Few “makers” are more mythologised, for example, than Apple, which was found a few years ago to be effectively paying 0.005 per cent tax with Ireland’s help. As Mazzucato has pointed out, almost all of the major technological innovations that have made the company its billions were created by innovations funded by the public sector, sourced from public wealth.

Here she details how we have calculated value since the 17th century. It is hard to imagine, but until the 1960s national calculations of GDP did not even include financial activity as generating value. Mazzucato argues that we can understand the financial crisis of 2008 through the ways in which this new kind of national accounting system rewards value extraction as though it were value creation.

She suggests there has been a financialisation of the whole economy. Since the 1970s business has been increasingly focused on short-term finance and on “maximizing shareholder value”. The ideological project of casting the public sector as slow, uncreative and value destroying has held sway ever since the administrations of Margaret Thatcher, in the UK, and Ronald Reagan, in the United States, in the 1980.

Mazzucato argues that, now, the “sharing economy” – one of the most media-hyped claims of start-up innovation – is in fact “value extraction through capture of rents”.

Mazzucato is no anti-capitalist. She argues that the financial and public sectors should be steered to serve ambitious innovation and real value creation; a revaluation of how we measure value itself is central to that project. Nor is she a nostalgist for an older style of the real economy. But what is most optimistic and important about her book is that it reopens the possibility that the economic forces that affect our daily lives are neither an ecosystem that simply requires we get out of the way nor something so complex and unknowable that they can’t be steered to serve the public interest again if the political will is there.

Angela Nagle is the author of Kill All Normies