The Underground Railroad review: The run of her life 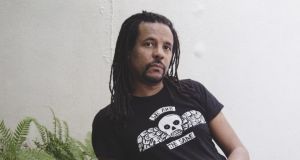 Escape is both dream and terror for the slaves on one Georgia cotton plantation. Although they exist in terror of their cruel owners, the Randall brothers, who are capable of any level of torture, it is easier to do nothing but endure and hope not to get noticed. But one young man, Caesar, wants to escape, so he approaches a particular girl.

The girl, Cora, hails from bold stock – after all, her mother ran away, leaving everything, including her own daughter, behind. The first time Caesar the dreamer asks for her help, Cora says no. Then she changes her mind.

Once again, native New Yorker Colson Whitehead takes a story, fills it with grace and candour, and makes it his own while allowing it to speak to everyone. The Underground Railroad, a literary novel with powerful popular appeal, shares the intent of the finest of Latin American fiction. And while readers may be expecting to think back to Toni Morrison’s classic Beloved (1987), an even stronger influence is that of Gabriel García Márquez’s One Hundred Years of Solitude (1967).

It is not that Whitehead has ventured towards magic realism – the novel is a realist narrative, with strong characterisation and good dialogue. Yet he has made inspired use of a famous metaphor: the underground railroad, the secret network that spirited slaves away from the hate-filled south to a marginally more kind north. Whitehead gives the railroad literally an engine, carriages and tracks. His achievement is making everything so real, so believable.

As a writer, the author is difficult to pin down because he always writes a different book. Yet one quality continues to shape his writing – the fluid, physical prose, perhaps not quite as operatic as that of Morrison. But Whitehead, too, is a stylist, with his fellow African-American’s warmth, if more ease. He has a natural lightness of touch that invariably balances his polemical objective and the often grim nature of his material.

Whitehead doesn’t hector his readers, but he has important points to make about race and the United States, and he makes them well. He did it, for example, in Sag Harbor (2009), his hilarious autobiographical novel about the summers spent on Long Island as the son of middle-class professional black parents.

The Underground Railroad is familiar but different. This exploration of racist America’s most inhuman crime is handled with a stylistic verve that is consistent and oddly exhilarating. So is the novel itself, an epic adventure played out on the run by Cora, who is quietly determined and unforgettable.

The narrative is a litany of the outrages committed against humans who are regarded as objects by their white owners. So skilful is Whitehead’s handling of material we know or think we know, from reading the life story of the social reformer and one-time slave Frederick Douglass and similar personal accounts, that each insult, each vile beating, every casual killing tossed off by white masters as a mindless prank hit harder. It is an extraordinary novel, a rich, confident work that will deservedly win – on the basis of literary merit as well as moral purpose.

Whitehead places at the centre of the story Cora, who was abandoned as a baby when her mother made a bid for freedom. It is an astonishing decision, exchanging motherhood for freedom. And although Cora’s mother does not directly appear in the narrative, she is a powerful presence. Cora is not quite a victim, not quite a hero, but a witness and a survivor. She quickly emerges as an engaging, convincing character.

The narrative which is fast-moving and episodic, evolves through Cora’s experiences and, most importantly, her observations. At one point, in one of the most dramatic sequences, she is living in hiding in a tiny space above an attic in North Carolina thanks to the generous Martin and his wary wife, Ethel.

Through a tiny peephole, Cora peers into the street below and watches as black people are hung for being black, while white sympathisers are also killed and exhibited as bad examples. Betrayal and deceptions are major themes; throughout the story it seems that Whitehead could as easily be writing about life in Nazi Germany or Stalinist Russia. No one is safe. Pursuing Cora throughout is the slave catcher Ridgeway, a cold monster who does appear possibly too modern.

Before Whitehead settles into exposing the twisted ethics of the south and the contrasting situations prevailing in the various states through which Cora flees, he follows the story back to its origins : the day Cora’s grandmother, Ajarry, was kidnapped by raiders who ransacked her African home and took away the men folk, “then returned to her village the next moon for the women and children, marching them in chains to the sea, two by two”.

Whitehead establishes the shocking randomness of it all: “Cora’s grandmother was sold a few times on the trek to the fort, passed between slavers for cowrie shells and glass beads. It was hard to say how much they paid for her in Ouidah as she was part of a bulk purchase, eighty-eight human souls for sixty crates of rum and gunpowder . . . ”

There is a mythic feel to the African sequence, the sense of facts being handed down orally by a chorus of voices. Ajarry ended up on the same plantation in Georgia from which her daughter, and in time, her granddaughter Cora, escape. Ajarry, the African girl, eventually was to have five children, four of whom die.

“At least they were never sold off, an older woman told Ajarry.” It is small consolation. In old age she died in the cotton field, “the bolls bobbing around her like whitecaps on the brute ocean”.

When Cora is first asked to run away, she refuses. It is as if that is her stoic grandmother speaking. When Caesar asks again, three weeks later, she agrees. “This time it was her mother talking.”

Cora’s responses are among the many wonders which Whitehead achieves in this odyssey. Cora fights to protect the tiny vegetable plot that her mother had tended so carefully yet abandoned, just as she abandoned Cora. Later when avoiding capture, Cora is attacked by a boy who tries to rape her, and she kills him.

Suddenly she is a murderer, however unlikely. There are many ironies; most notably that the white people appear shocked at any violence perpetrated by anyone other than themselves.

Every character does have a story; we meet them in the course of Cora’s flight and then discover how these individuals came to be where they are in life. Whitehead’s methodology is very exact. For all the spontaneity, it is deliberate and well-plotted, yet he ensures it has the sense of personal histories being remembered and pieced together over time. The prose will seduce, the humanity will move.

Whitehead has compared The Underground Railroad to Gulliver’s Travels. It may well be closer to Dante’s Inferno. Cora races through hell; she endures, suffers and learns many lessons.

History and human experience as well as an artist’s obligation to tell the truth have shaped a virtuoso novel that should be read by every American as well as readers across the world. And it will be, it should be.