The Springs of Affection by Maeve Brennan review: irresistible stories 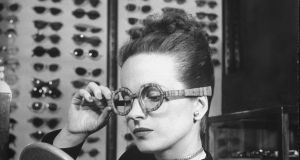 Book Title:
The Springs of Affection

Is Maeve Brennan’s literary reputation at long last secured? Certainly she has received more public attention in the past two decades than she ever did during her long career as a staff writer at the New Yorker.

After Brennan’s death, in 1993, a fleet of posthumous publications – The Springs of Affection (1997), The Long-Winded Lady (1998), The Rose Garden (2000) and The Visitor (2000) – introduced this under-known Irish writer to a new generation of readers, and in 2004 Angela Bourke sated their growing appetite for personal details with her excellent biography, Maeve Brennan: Homesick at the New Yorker.

Bourke’s work in turn informed Emma Donoghue’s 2012 biographical drama about Brennan, The Talk of the Town, and was a bedrock of my own 2015 memoir about the unmarried life, Spinster, in which Brennan features as a major figure, even a kind of patron saint. Now comes this reissued 1997 collection of 21 short stories, which was praised by Edna O’Brien and Alice Munro the first time around.

Presumably the new edition is timed to the Easter Rising centenary, even though Brennan herself wasn’t born until 1917, and never wrote about the insurrection. But, as novelist Anne Enright, the first Laureate for Irish Fiction, writes in her insightful introduction, Brennan “was a true daughter of the Rising”.

Brennan’s parents, Una and Robert, both took part in the fighting and were imprisoned. Their ongoing political participation resulted in Robert’s appointment, in 1934, as the Irish Free State’s first minister to the US, and the family’s subsequent relocation to Washington DC. In 1944, the parents returned with their one son to Ireland and the three daughters stayed behind in the US, though only Maeve remained for the duration.

When I interviewed Yvonne Jerrold, one of Brennan’s nieces, for my book, she told me that all three Brennan daughters had mental scars from the violence of their childhoods, and turned against politics.

“Some writers come out of tempestuous countries and write about it for the rest of their lives,” Jerrold observed. “This particular family was displaced by war but never mentioned it.”

Brennan was preoccupied with a different sort of brutality: the emotional policing, waterboarding and extortion that can take place within even the most well-intended and pious marriage. The Springs of Affection comprises three sets of stories.

The first series would appear to be genuinely autobiographical; they are told in the first person and revolve around a child named Maeve. The second series concerns Hubert and Rose Derdon and their son, John, who joins the priesthood. The third is primarily about Martin and Delia Bagot and their two small daughters, Lily and Margaret (along with two cats and a dog), then continues on after the couple’s death, with Martin’s 87-year old maiden twin sister, Min, in the story from which the collection takes its title.

Brennan’s characters are all good, innocent, dutiful people, easily shamed, who know very little of love, save for what they feel toward their offspring, the book’s only bright spots. Not yet saddled with the burdens of adulthood – mortgages, grocery bills, marital vows – the children crackle with the power of the living.

The adults are not so blessed. At one point, Hubert looks over his newspaper at his wife and wonders: “What had kept them together all these years, or what kept any two people together, or what kept people going and doing as they had been told they ought to do. When had all this obedience begun and who had marked out the appointed way where men and women walked without protest, and most of the time without complaining?”

The only grown-ups who seem spared this fate are a bishop and a few cloistered nuns, objects of fascination all, though they, too, are exiles and prisoners.

In the words of William Maxwell, Brennan’s longtime editor at the New Yorker: “As as a study of one kind of unhappy marriage, these stories are surely definitive.” And yet, even that high praise sells the book short.

The unhappy unions Brennan put under the microscope were a product of a time and place that granted few opportunities or rights to women and forbade divorce. So her grim observations of these misery-making conditions double as an indictment of the institution of marriage itself.

Irresistible is one word I’d use to describe this collection. Another is entrancing. The stories move forward chronologically, yet repeat certain establishing elements (names, details, memories). This gives them a wave-like quality that, combined with the many long, interior monologues, calls to mind Virginia Woolf. Though concerned exclusively with a period already long past, the language is gorgeously clear and precise. This makes the world therein feel modern, refreshing.

Also Woolfian is Brennan’s gift for turning a house into a primary character. All 21 stories take place in a fictional replica of the home Brennan grew up in: 48 Cherryfield Avenue in Ranelagh, the Dublin suburb where the family lived together from 1921 until 1934. Very occasionally we follow Hubert to his workplace in the city, or join Delia on a flashback to the farm she grew up on. But by and large all of the action, such as it is, remains confined within the same four walls.

However, these are no ordinary walls. Like Morandi and his bottles, Brennan returns again and again to this one, impossibly tiny, long-ago universe – nothing but a memory palace. She describes and re-describes its linoleum floor and floral carpet and three steps down to the kitchen with such loving particularity that, by the book’s end, 48 Cherryfield and its contents stand more firmly in the mind than any one person.

Brennan is rare in her capacity to admit the significance of surfaces, something else she shares with Woolf. Everywhere in her fiction, and in her nonfiction as well, architecture and furnishings and other inanimate articles are more than backdrops to, or extensions of, the people she writes about; they are active conspirators, witnesses, bulwarks. Stairways incite confrontations, windows reveal a neighbour’s secrets, a clock is a more dependable companion than a husband.

As a young woman standing in a stranger’s room, “Rose felt that the dress she had made for herself, that had seemed so grand at home, could never compete with the splendour of the curtains, and since she was not competing with the curtains, she felt that they protected her.” Later, as a much older woman, the patchwork quilt on her bed was “the only thing remaining to her out of the past”.

The house at 48 Cherryfield Avenue “still exists just as described”, Enright writes in her introduction. This is fitting. Before there was Maeve Brennan, there was the house. People come and go, but bricks and mortar last.

For a while, at least.

Kate Bolick, who lives in Brooklyn, is the author of Spinster: Making a Life of One’s Own