The Rockingham Shoot and Other Dramatic Writings review: good but not great 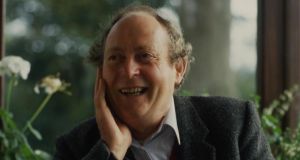 Book Title:
The Rockingham Shoot and Other Dramatic Writings

John McGahern is rightly renowned for his carefully crafted prose, his skill at describing characters and situations that have a universal resonance and his uncannily accurate representation of the people and places associated with his native Roscommon and Leitrim. Author of six novels, two short story collections (many of which were brought together in The Collected Stories and the posthumously published Creatures of the Earth, which contains significant new material) and a highly successful memoir, McGahern won several literary prizes and warm critical acclaim. Faber has now brought out a collection of his dramatic writings, a genre in which, by his own admission, McGahern was never truly comfortable.

The collection contains six pieces of varying length, the centrepiece being The Rockingham Shoot, a successful adaptation of the short story of the same name detailing the friction between a fanatical national school teacher, Reilly, and some of his students, whom he punishes severely for missing school to earn money working at the shoot organised by the local Anglo-Irish family. Reilly regards this defiant act as yet another example of the Irish tipping the hat to the English and bending to their will. In his probing 36 page introduction, undoubtedly the highlight of the book, Stanley van der Ziel quotes McGahern’s reaction to working on the BBC Two production of this work: “I discovered in filming that there were certain things one couldn’t do, simply because the money wasn’t there or because the weather was too much of a risk. It was more like life itself rather than art.”

Given these restrictions, one might question why McGahern persisted with writing scripts for radio and television and working right up until his death on a dramatic version of Tolstoy’s The Power of Darkness. This play actually reads very well, but was a grave disappointment when performed in the Abbey as part of the Dublin Theatre Festival in 1991 under the direction of Garry Hynes and including the highly regarded Mick Lally, Marie Mullen and Seán McGinley among its cast. McGahern knew that drama poses different challenges to fiction, challenges that he never really surmounted. For example, he admitted in an interview with Ciaran Carty that dialogue in films “has to do with taking a picture from A to B”. Put simply, the images are more important than the words.

The best adaptations of McGahern’s work to date are the visually stunning versions of his short stories Wheels and Korea, both directed by Cathal Black, and Amongst Women, with Tony Doyle peerless in the role of Moran. These successes show that the transition from page to screen could yield new insights, once the writer was content to accept that the words and images he created, which provided the inspiration for directors and producers, might not always conform to his vision in the new medium. In general, McGahern was cognisant of this fact. What is striking about the TV production of Amongst Women is the way that the most powerful lines of the novel, reproduced word for word, lose none of their force. The magnificent atmospheric landscape and the impact it exerts on the characters is also beautifully captured.

Readers of McGahern will recognise familiar settings and characters in this collection. The terse exchanges between Gillespie and Boles in Sinclair are notable for what they don’t say rather than for what they do. Their recall of how their Protestant neighbour Sinclair explained his embrace of Catholicism in order to marry a local woman is classic: “It was no rush of faith led to my conversion but I was simply dragged into your barbaric Church [. . .] by my male member”.

The BBC radio version of McGahern’s first novel, The Barracks, provides some telling information about the dying Elizabeth’s world view that is absent from the novel. The central focus at times becomes indissociable from her creator, like when she reflects that just at the moment when a person comes to some sort of accommodation with life and people, “your hair and teeth fall out or you get cancer or you lose your reason”. This is pure McGahern.

The adaptation of Joyce’s The Sisters conveys the discomfort caused by the relationship between Fr James Flynn, recently deceased, and a young boy, Stephen, who visited the priest on numerous occasions in order to discuss a possible vocation. The sceptic Cotter remarks there was something “queer” and “uncanny” about the priest and that it would not have been healthy for any child to visit him. McGahern supplies a lot of directions about the settings where the action takes place, which can appear cumbersome at times. The same is true of Swallows, where a surveyor and Garda sergeant discover a common passion for music while examining the scene of a road accident. The interior of the local bar, the sergeant’s house and the community hall are all described in some detail, betraying once more a slight unease with the dramatic genre.

Readers of this publication should not expect the same quality of writing that one encounters in McGahern’s other work. Nevertheless, it will undoubtedly appeal to a broad church, as the writer’s reputation since his death, 12 years ago, has continued to grow exponentially.

Eamon Maher is director of the National Centre for Franco-Irish Studies at IT Tallaght. He is editor, with Derek Hand, of a collection of essays, John McGahern (1934-2006): New Perspectives on the Art of Fiction, forthcoming from Cork University Press

The Crown: The queen’s nasty side looms into view
4