‘The Reservoir Tapes’ review: Unsettling portraits of man’s dark side 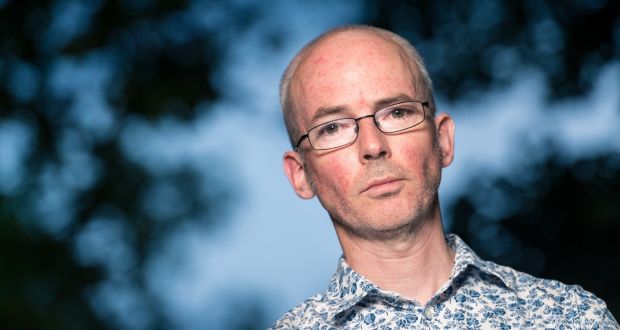 If some literary fairy godmother had intervened in its fate, she could hardly have engineered a more gratifying outcome than the real-life reception of Jon McGregor’s Reservoir 13. Garlanded by critics (including this one) and nominated for several major prizes, it has also been embraced by readers to a degree that – given its outwardly austere subject matter – could hardly have been taken for granted.

The arrival of The Reservoir Tapes, a companion piece that first appeared in serial form on BBC Radio 4, suggests a certain confidence in this public enthusiasm, yet even those readers who admired the original novel may wonder if this new volume, appearing only eight months after its predecessor, is deserving of their attention.

Such doubts are quickly dispelled. Broadcast over 15 episodes, and billed as “perspectives” on the central events of the novel, The Reservoir Tapes revisits the small community in rural Derbyshire from which 13-year-old Becky Shaw disappeared. We hear first from Charlotte, the missing girl’s mother – or rather, we don’t. The arresting opening episode takes the form of an interview, but the transcript has been redacted so that only the halting and fragmentary questions remain. “I know this is difficult,” the anonymous interviewer says. “I wasn’t implying.” But she is, of course, and her prompting is so precisely shaded with suggestion and insinuation that Charlotte’s wounded and flinching presence is conjured without a word.

The effectiveness of such techniques is assured, in part, by McGregor’s uncanny ear for the tics and cadences of everyday speech. In the novel, his lucent and graceful descriptive passages competed for our attention, but these pieces confine themselves to the characters’ own accounts, lending them the documentary fascination of true crime and a suspense that depends – as in that genre – on the omissions and obfuscations of witnesses; on what they insinuate about others and what they reveal, knowingly or otherwise, about themselves.

Their lapses are subtle at first. Recalling a hike he led, a man notes that a group of girl guides “swayed when they walked, with the weight”. It might be nothing, this detail, but we begin to wonder. An elderly bachelor helps a young boy to fix his bicycle, then invites him in to “get scrubbed up”. The man will not let him leave until his hands are entirely clean.

These intimations become increasingly unsettling. A woman falls abruptly silent when her husband raises his hand. (“Like getting ready to swat a fly.”) A sheep farmer assisting in the search is recognised in a TV news interview by a sex worker who encountered him years before, and who recalls an incident of naked brutality and one that revealed, perhaps, the shadowy contours of pathology.

In ‘Clive’s Story’, the most unnerving of these pieces, the same elderly bachelor is visited by the police. Questioned about his encounter with the young boy, he lapses into a rambling monologue, and what follows is a masterclass in the gentle escalation of unease. From banal ruminations on reservoir maintenance, Clive veers into a creepy rhapsody on the marvels of anatomy, reflecting on the graceful musculature of swimmers before offering his thoughts – and at this point we are wondering just how much of this monologue is internal – on the miraculous intricacy to be observed in a skinned rabbit.

“We are well made,” he muses, recalling his scripture at the queasy climax of the passage. “We are fearfully and wonderfully made.”

These stories, too, are fearfully and wonderfully made, though it is difficult to articulate just what they add to the experience of Reservoir 13. That book was widely praised for its lightness of touch, and for the immersive effect of its sparing accretion of detail. These pieces are certainly not unsubtle, but whereas our suspicions, in the novel, were formed from no more than glancing impressions, we are presented here with much starker portraits, especially of men, and there is a heightened amplitude to our sense of dread. If the subject matter were different, we might be tempted to conclude otherwise, but coming as it does at the end of a year of grim revelations about male abusers, the fresh “evidence” collected here has about it a weight of necessity.

It brings us no closer to solving the novel’s mystery, but that was never the point. In any small town, these stories remind us, slithering nests will lurk in the shuttered hearts of men; in any small town, for as long as their secrets are kept, women and girls will suffer at their hands. This much, dismally, is no mystery at all.