The Refugees review: Insight into belonging without losing identity 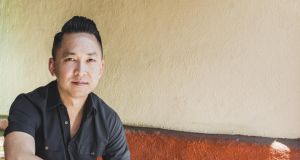 A Vietnamese woman living again with her now widowed mother recalls the terror of being crammed onto an overloaded fishing vessel as her parents fled with her and her brother some 25 years earlier in hope of a life elsewhere. She was only a child yet every detail remains clear: “I had not forgotten our nameless blue boat . . . the red eyes painted on either side of its prow having never ceased to stare me down. After four uneventful days on a calm sea under blue skies and clear nights . . . another ship appeared in the distance, aiming for us.”

The narrator, now a ghost writer, describes how her brother reacted to the threat of the marauders and hacked her hair off in an attempt to disguise her as a boy. The ploy failed, however, and she was raped and had lit cigarettes pressed into her skin. Her brother was killed by the pirates and lost to the sea. The family eventually gets to the United States by air where they continued to be wary: “My American adolescence was filled with tales of woe . . . proof of what my mother said, that we did not belong here.”

The Refugees  comes with a title which should, if it were possible, embarrass the current US administration

Readers will be struck by the ironies yet there is nothing heavy handed or hectoring; nothing righteous or cloying in evidence. The Refugees, Vietnamese-born, US-raised and educated Viet Thanh Nguyen’s debut collection of eight stories, comes with a title which should, if it were possible, embarrass the current US administration. It must be intended to provoke, or at very least attract attention in today’s world. There is no story called The Refugees, yet the theme prevails. Many of Nguyen’s characters are refugees as he and his family were. They fled Vietnam after the Fall of Saigon in 1975 when he was four years old.

It is a book which holds the readers interest. Nguyen’s spectacular, often caustic debut The Sympathizer won the 2016 Pulitzer Prize and has been nominated for this year’s International Dublin Literary Award. It is a bold, dramatic and fearless Vietnam War satire consolidated by Nguyen’s experience as an accomplished writer of observed and informed non-fiction including Nothing Ever Dies: Vietnam and the Memory of War (2016). He knows racist America, he lives, works and teaches there. Debut collections of short stories often struggle for reviews, not this one. All of the stories were written and published in journals before the publication of The Sympathizer.

The opening story, about the ghost writer and her mother whose lives have been stalked by memories, is a lament for the narrator’s long- dead brother. It echoes the gentle literary tone and style of Chinese American writer Yiyun Li. The mother who points out the dangers of writers putting their names on books, sees the spirit of her son, and welcomes that he has swum the sea to visit them. “Never turn your back on a ghost” she tells her daughter.

It is a sincere if tentative narrative, and its diffidence may strike readers as not quite as fully-developed as the second story in which young Liem arrives in San Francisco on a flight from San Diego during which he discovers the wonders of social etiquette US-style: “for Americans could sometimes be very polite, and at other times rather rude”. Liem’s sponsor is a middle-aged Englishman “and except for his gray ponytail, distinguished-looking” he is also gay and introduces his much younger boyfriend, Marcus. So far, so pretty unremarkable and it proves a predictable story, edging towards a clever slickness. It is sad that Liem’s new life makes him reluctant to open a letter sent to him by his father back in Vietnam. “Dear son” it reads, “We got your airmail yesterday. Everyone’s so happy to know you’re alive and well.”

'Everyone needs a doctor or a lawyer' remarks the father, 'but who needs a philosopher? We can get advice for free from the priest'

It is not until the third story, War Years, that Nguyen’s voice emerges and asserts itself. It is a very good piece and conveys the linguistic cross-fertilization of the formal and the conversational. “Before Mrs Hoa broke into our lives in the summer of 1983, nothing my mother did surprised me. Her routine was as predictable as the rotation of the earth.” The thrifty woman he describes is hard working and intense, aware of the value of every cent she and her husband earn in their grocery store. Mrs Hoa appears looking for donations to help defeat the Communists back home. But the narrator’s mother is now living in America and says “the war is over”, while his father suggests “paying a little hush money would make our lives a lot easier.”

But the mother stands firms and even faces up to a thief who breaks into their home and threatens them. It takes a very human revelation for her to change her mind. There are traces of humour as the boy’s mother admits that her older child, a daughter is studying philosophy, not law or medicine. Her disappointment is shared. “Everyone needs a doctor or a lawyer” remarks the father, “but who needs a philosopher? We can get advice for free from the priest.” Far more poignantly she gives the boy five dollars to treat himself. He stands in a store, aware the Sikh shopkeepers are speaking a language he can’t understand, and hesitates at the options suddenly open to him, “yearning to take everything home but unable to choose.”

Nguyen is a witness and his understanding of the refugee tragedy which somehow is even greater than basic survival – it is about belonging and assimilating without losing one’s identity – is profound. Yet, the abiding power of these intelligent, crafted stories is his reading of human nature in domestic situations and often astute dialogue.

A despairing wife watches as her retired professor husband attempts to combat his dementia in I’d Love You to Want Me. She winces the first time he calls her by a stranger’s name. This persists until finally she says, “I am your wife” and resolves to read him stories, believing words might help him.

Throughout this unpretentious, deliberate and well-observed collection parents and children bicker and parry, while outsiders struggle. A black father who flew bombing missions over Vietnam during the war resents that his now grown-up, mixed-race daughter is living there and sees him as an enemy. Elsewhere, a divorced son recalls how his dictatorial, adulterous, former-soldier father “for the better part of a decade, woke my brothers and me from our sofa-bed at dawn to perform calisthenics with him. We did push-ups with one of our sisters sitting on our backs . . . we ran for miles until one of us vomited, proof that our father was succeeding in his goal of making us into men.” That same father, now much older, retains a pragmatic approach to all things, including his son’s divorce.

Best of all is The Transplant which refers to a liver operation not a refugee. It is openly comic and pivots on a harmless, if opportunistic, deception.

Many things are evident from these stories, most of all that Nguyen was preparing for a very large step and achieved it with The Sympathizer.