The Letters of Ivor Punch, by Colin MacIntyre 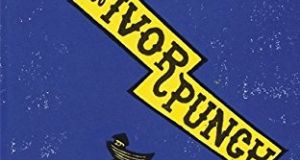 It seems rather nasty to criticise a writer for too many ideas, but Colin MacIntyre’s The Letters of Ivor Punch is crammed with so many characters, events, mythologies, imagined encounters with once real people (Charles Darwin losing his mind, anyone?), incest, evil banker, headless horsemen, a knickers nicker, leaps into the past and squirrels crapping on the Daily Telegraph that it’s something of a head wreck. Set on a Scottish island, it is loosely centred on old Ivor Punch, once the island’s sergeant, who is emboldened to write to President Obama about the release of the alleged Lockerbie bomber, a catastrophe in which his own brother/son died. There are some cracking scenes (I liked the bitch wife), but the story that is trying desperately to break free from the melange of random characters in multiple locations never truly flies.