The Invention of Angela Carter review: a radical, romantic genius 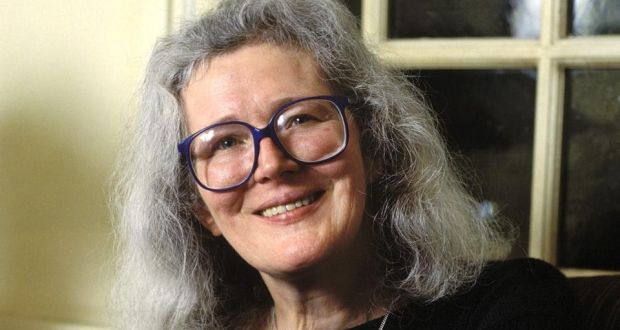 Angela Carter: The Sadeian Woman, her brilliant cultural history of sexuality as power, was vilified by Andrea Dworkin – a significant accolade. Photograph: Louis Monier/Gamma-Rapho via Getty

Book Title:
The Invention of Angela Carter: a biography

In October 1969 Angela Carter discarded her wedding ring in an ashtray at Tokyo airport before boarding her flight home. She had spent a fortnight with Sozo Araki, an aspiring writer and pinball addict, in the “palpably illicit” bedrooms of Tokyo’s love hotels. She relished the mirrored ceilings and the unabashed laughter of the maid who delivered them towels. In later life she’d recall how Sozo’s face had been lurking inside her consciousness, “as an idea that now found a perfect visual expression”.

Edmund Gordon’s authorised biography is meticulously thorough and acutely sensitive to how his subject mythologised her own 51 years. With the full co-operation of her starry cast of literary friends, he wishes to rescue this “exorbitantly various” writer from Carter’s image as “the po-faced polemicist of her academic afterlife”. Although he overcharacterises the opposition, The Invention of Angela Carter succeeds in conveying the thrilling virtuosity of this avant-garde, ironic and wildly adventurous personality.

Ever the surrealist, Carter selected a zebra as a luxury item for Desert Island Discs – counterbalanced by her choice of book, Larousse Gastronomique – though, by late 1991, she was too ill to record the show.

Her considerable oeuvre affords the reader one long carnival of libidinous pleasures, designed as much to tease the mind as the appetite. The sexual politics of late-capitalist society are set on stage to strut and preen their stuff in a succession of masquerades. If society is a dream factory, as Carter’s fictions assume, then the fantasies on offer determine the identities available to us; the fairy tales we tell ourselves are where reality takes root and grows.

In Girls and Sex, published earlier this year, Peggy Orenstein observes of her adolescent interviewees that “girls today feel entitled to engage in sexual behaviour, but they don’t feel entitled to enjoy it”. How, she wonders, did the central message of second-wave feminism – “our bodies, ourselves” – ever fail to get transmitted? Setting Angela Carter’s novels for second-level texts would go a long way to redressing this concern.

She was 19 and working as a journalist on the Croydon Advertiser when she married Paul Carter. Her matrilineal politics, solidly socialist, matched his. They joined the CND’s first “singing march” to the atomic-weapons establishment at Aldermaston in 1958. “We were always being picked up and going limp and being carried into vans by policemen,” she reminisced, a little rosily.

Paul Carter was already a leading light in the postwar folk revival; Séamus Ennis, Willie Clancy and Dominic Behan were among the musicians he recorded live for his label, Collector. In 1962, a year after moving to Bristol, Angela noted in her diary, “Peggy Seeger sleeping on my floor!” Her folk interests sustained her through an English degree at Bristol University, where she discovered a sympathetic blend of the bawdy and fabulous in Middle English literature. When she came to write, all this would go into the mix alongside the protest politics and her love of surrealism and new-wave science fiction.

Between 1965 and 1970 Carter published five novels in what she describes as a state of neurotic compulsion. Frustrated by housework and her husband’s depression, Carter began writing as voraciously as she read. She was thirsty for ideas and found them in Ludwig Wittgenstein, Theodor Adorno and Claude Lévi-Strauss. Shadow Dance (1966) – “palpably not the creation of a happy person” – is set in Bristol’s bohemian Clifton district, where promiscuous junk merchants sniff each out in the foul rag-and-bone shops of the heart.

Her second, The Magic Toyshop (1967), a Gothic fairy tale featuring the incestuous designs of a malevolent puppeteer, was spun from a line by André Breton: “the marvellous alone is beautiful”.

Several Perceptions (1968) marks a psychedelic return to Clifton, drawing on The Divided Self, RD Laing’s study of schizophrenia, to explore “the blur of reactions” that constitutes personality.

Gordon persuasively argues that it is not until Love (1969) – “a violent, anguished book about the savage landscape of the human heart”– that Carter found the full force of her style, by turns, spiky and plush, mordant and saccharine.

This discovery entailed divorcing Paul, news that prompted her respectable mother (who had opposed the marriage) to cut Angela out of her will.

She credited Japan with her “apprenticeship in the language of signs”, although her reading of structuralism had already advanced her far along this path.

Her sense of occupying a hall of mirrors where sexual, gender and racial identities are freely exchanged generated the astonishing speculative fiction of her midcareer, Heroes and Villains (1970), The Infernal Desire Machines of Dr Hoffman (1972), Fireworks (1974) and The Passion of New Eve (1977).

She returned to England in 1973 and became an early contributor to Spare Rib, the iconic magazine for British radical feminism, and was soon co-opted to the editorial committee of Virago, by its founder, Carmen Callil. Simultaneously, she continued to write for the soft-porn title Club International and championed the Marquis de Sade as a “demystifier of the flesh” and “moral pornographer” in The Sadeian Woman (1979).

This brilliant and idiosyncratic cultural history of sexuality as power, indebted to her reading of French poststructuralism, deviated from feminist orthodoxy – “I am now about to be incarnated by the media as No 1 Lash Lady,” she said – and indeed her book was vilified by Andrea Dworkin, a significant accolade.

Her partner, Mark Pearce, a 19-year-old builder who came to fix her taps and “never left”, sustained her work throughout this period. Lorna Sage, credited as “something like her ideal critic”, observed that both were “eccentrics, stubborn, intransigent, wordlessly intimate” – and despite the 15 years between them the relationship worked.

She was 44 when Alexander, their son, was born, and clearly Pearce’s dedication to their home life facilitated the late development of a teaching career, most famously at the University of East Anglia. Her last two novels, Nights at the Circus (1984) and Wise Children (1991), are flamboyant comedies and historical fantasias, high-wire acts full of showgirls and Shakespearean twins.

Gordon observes that, in later years, Carter liked to cite Balzac’s view that all fiction is symbolic autobiography, and he notes “the way the crabbed, introspective figure of the bourgeois virgin is replaced by the fleshier, happier women in her later work”.

His tremendous achievement is that this romantic trajectory in no way compromises the radical zest of a woman who must rank among the most insightful and original geniuses of postwar literature.

Selina Guinness teaches English at Dún Laoghaire Institute of Art, Design and Technology and is the author of a bestselling memoir, The Crocodile by the Door