‘The Importance of Being Aisling’: the model modern Irish woman 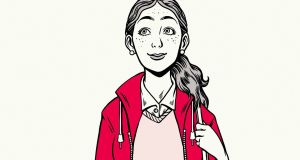 ‘The Importance of Being Aisling’ is the third book in a trilogy.

Book Title:
The Importance of Being Aisling

I first met Aisling about four years ago, shortly after starting my first real job in Dublin, and she made me feel a little less alone in the world. I was traipsing along Grafton Street in my runners with pumps in my handbag, wondering how people thought it was okay to wear dungarees to work and waiting for Friday so I could race “down home” to my Mammy. Aisling gave a warm familiarity to this experience for so many of us who were trying to find our feet in the big city.

This second book in the Aisling trilogy, The Importance of Being Aisling, deals with grief, engagements, break-ups, job losses, Dublin rents and moving Down Home for good.

Aisling’s beloved Daddy died in the last book, and here we see the family’s first Christmas without him.

There is no flamboyant, public grieving; no feeling sorry for yourself. Aisling’s battle with grief is dealt with in a very Irish way – it isn’t hidden, nor is it overdramatised. It never detracts from other people’s happiness, yet we know she carries it with her always.

Aisling simply gets up and gets on with it – sure what else can you do? We see her rushing around to organise a hen party for her lesbian friends, buy the missing presents for the Secret Santa at work and drag her Mammy out for the Big Shop on Christmas Eve.

There are mentions of him peppered throughout the text, none more poignant than the Christmas card he leaves for her to open now, months after his death.

The description of her fumbling with the envelope and reading his simple message (“get yourself something nice”) over and over again is one of many delicately written, warm passages in the book.

We also see another heart-wrenching scene of loss, one which is dealt with word by word, touch by touch over the course of a few pages and which gave me a genuine lump in my throat with the sad reality of it. That passage of text has not left my mind in the days since reading it.

The first half of the book, where nothing too spectacular happens, shines with this gentle, moving exploration of what it means to be Irish, to be a woman, to be living away from home, to grieve and to love.

It manages to undercut any accusations of stereotyping by the pure accuracy and understanding of life for a young person in rural Ireland.

It isn’t just about country people though – Aisling is the voice of almost every normal, mundane person in Ireland. All of us can see a little bit of ourselves in her, and wish there was more of her in us.

Aisling absorbs the traits of those around her the way most of us do, meaning we never remain the archetypal country bumpkin or Dublin hipster or Irish mammy forever. That is what makes her character so accurate: she is at once all of those people and also none of them.

The same can be said for the portrayal of rural Ireland in this book. It is no longer a backwards place, incapable of change or stuck in a rut.

It carries many traditional ideas of people being married to their land, knowing everyone’s business and being obsessed with the local GAA team. But we also see in it a new rural Ireland: one where people want to eat brunch, buy shite from the middle aisle in Aldi and have coffee dates at the garden centre. A rural Ireland that openly embraces notions.

The second half of the book packs in a lot of action – a wild holiday in Vegas, characters moving home to Ballygobbard for good, catastrophes of a Coronation Street scale and a windfall worthy of Winning Streak.

Amidst all this chaos, the characterisation falls down here a little in the portrayal of other people in Aisling’s life, who seem to fall into easy categories of charming Englishman James, romantic Spaniard Pablo and chauvinistic butcher Marty.

It would have been nice to see the unexpected in some of these characters, because that was what gave real sparkle to the depictions of Aisling and Ballygobbard – they did not fit easily into boxes. They shone with complexity and the true understanding of what life is actually like for her and in that town.

The male characters are not given the same justice, apart from John and Daddy, who are the true male leads and are overall well-developed.

Let’s be honest, though; this book is not really about any of them anyways. It is about Aisling. She has developed with us, grown with us and matured with us.

She has given legitimacy, and direction, to so many of us who feel like we are alone on the same journey as hers. She points out our silly tropes without making us feel like the butt of the joke. She is our friend, our mammy, our country girl colleague and our notions Dublin housemate.

She is a genuine reflection of the modern Irish woman, and we love her.