The Cows review: to breed or not to breed? 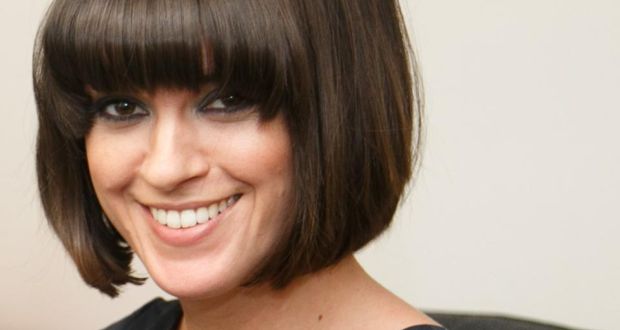 Dawn O’Porter: the accessibility of her writing style will cement The Cows’ popularity. Photograph: Jenny Sharif

Dawn O’Porter’s third novel has much in common with Joanna Trollope’s latest book, City of Friends. Both follow four women as they navigate the embattled landscape of modern womanhood: the difficulty of juggling a professional career with a fraught personal life, the influence of digital media on women’s perception of themselves, the contradictions and conflicts of contemporary feminism.

But where Trollope’s characters are women in their late 40s, dealing with the consequences of the choices they have made, O’Porter’s women are a generation younger, poised on the cusp of a key decision: whether to have children.

O’Porter’s characters offer her an opportunity to tackle the subject from a variety of angles.

Tara has already taken the plunge. An award-winning documentary producer, she found herself pregnant after a one-night stand. Working in a male-dominated environment, she has to try twice as hard to justify her position and twice as hard to prove herself to the other mums at the school gates.

Cam, a lifestyle blogger, has carved a lucrative career on the internet with her frank and unapologetic attitude to sex, sexuality and gender. When she writes about not wanting to have children she finds herself cast as the face of childless women, and she is alternately vilified and celebrated for her honesty.

Then there is newly single Stella, who is carrying a BRCA-gene mutation that puts her at high risk of developing cancer. Faced with a life-or-death decision, she must have her ovaries removed, and so sacrifice her ability to create new life, in order to keep on living.

Finally, on the periphery, we encounter the hypercritical harridan Sophie, who has sold herself out to a controlling husband who refuses to acknowledge her independent, sexually liberated past.

As each is confronted with the practical reality of another woman’s life they begin to learn the difference between taking an absolute position and accommodating one’s ambitions to suit one’s circumstances. As Cam observes, “Women’s rights are a delicate subject. There is one fight – feminism – but there are many different types of woman, and pleasing them all is impossible.”

Apparently there is nothing like abject humiliation to ensure that we see the best and worst of women. Indeed, as Cam is vilified by a fellow feminist on radio, O’Porter reveals the central thread that ties the book together. “The irony is that it is you boxing women into these roles, not men,” Cam tells her female host. Women’s greatest enemy, it seems, is not the patriarchy. It is each other.

The male characters we meet in The Cows, meanwhile, are drawn in a more sympathetic, if simplistic, vein. Sure, there are the seedy television executives, determined to twist the truth for a sensational headline, but there are far more emotionally intelligent men in the novel, whether it’s Jason, a handsome photographer who is desperate for a family, and wants “to fall in love and have babies”; Cam’s hunky toy boy, Mark, who will put his own desires aside to accommodate her independence; or the fathers of Tara and Cam, family men who will stick by their daughters no matter what embarrassing situations the women bring on themselves.

O’Porter’s prose is more casually construed than crafted, with blog posts, text messages, Twitter responses and emails all helping to capture the natural idioms of her contemporary characters. Just as the characters live their lives online – through blogging, Tinder and Facebook – so the book will appeal in particular to the millennial generation, and the accessibility of O’Porter’s writing style will cement its popularity.

The most thought-provoking elements of the book are Cam’s blog posts, which crystallise a variety of topical arguments in popular culture that O’Porter engages with regularly in her columns for Glamour magazine, among other publications.

But the political posturing does not come at the expense of humour, which is illustrated in the bovine metaphor that Cam uses when talking about women, individuality and the cultural imperative to procreate. It is such a strong idea that O’Porter uses it for the title of her book, and it neatly sums up her light feminist message: cows needn’t follow the herd.