The Boy at the Top of the Mountain, by John Boyne: Hitler’s right-hand boy

Review: Comparisons to The Boy in the Striped Pyjamas are merited: this new fable about a boy in wartime invites us to reflect on the best and worst of human nature 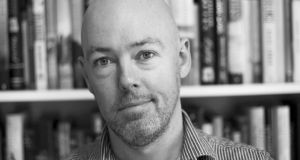 John Boyne: his novels for children can be grouped – there is a boy, he is around eight or nine years old, or will be at some point in the book, and there will be a darkness of some kind

Book Title:
The Boy at the Top of the Mountain

John Boyne’s writing for adults is eclectic. Having consistently published short stories throughout his career – a collection, Beneath the Earth, was published earlier this year – his novels’ settings range from tsarist Russia (The House of Special Purpose) to modern, abuse-haunted Ireland (A History of Loneliness) by way of the HMS Bounty (Mutiny on the Bounty).

His novels for children, however, are much more easily grouped together. There is a boy. He is around eight or nine years old, or will be at some point in the book. And there will be a darkness of some kind, of a kind that we do not expect and certainly never want children to deal with: perhaps the death of a parent, or the horrors of wartime.

The world is removed from our own in some way: perhaps it is slightly fairytale, giving us the feel of a fable rather than anything else, or perhaps it is set in the past, in the first or second World War. Perhaps both, as in the case of The Boy in the Striped Pyjamas, the book that made Boyne’s career and the book to which (inevitably) all later books will be compared to. This goes double for his latest, The Boy at the Top of the Mountain, which returns to the second World War and stripes its front cover with barbed wire.

This is perhaps the third in what we might call a loose trilogy focusing on children in wartime. Bruno and his father of Pyjamas fame make an appearance, while Stay Where You Are and Then Leave is referenced directly as well as thematically hovering over this novel; the trauma inflicted on soldiers in the Great War informs many of the characters’ backgrounds. But Pierrot, the half-French half-German orphan of The Boy at the Top of the Mountain, is a character more complicit in evil than Boyne’s other young protagonists, and we witness him growing up more than any of the others. As a seven-year-old in 1930s Paris, he is best friends with a deaf Jew, Anshel; they communicate through sign language, code, and the stories Anshel loves to write. Pierrot is confused – though the reader is not – when he is advised not to mention Anshel at his new home in the Berghof, the mountaintop residence where his estranged aunt is housekeeper to the Führer.

As Pierrot grows up, though, he is given a uniform, which makes him feel powerful and important; already the reader has been alerted, via a comment from Hitler’s chauffeur, that “uniforms allow us to exercise our cruelty without ever feeling guilt”. Unusually for children’s fiction – and this is the same for Boyne’s other novels for young readers – we are always one step ahead of Pierrot, quickly renamed the more German Pieter. We understand the danger he is in long before the shock reveal at the end of Part One that “the master” is Adolf Hitler; en route to the house his aunt echoes the signs that would soon appear on Auschwitz’s gates, “Work will set us free.”

And we are unsurprised – if saddened – by his proud recitation of Nazi propaganda as he and the Führer grow closer. His old friendship with Anshel becomes a thing of embarrassment and then disgust; he learns to report traitors and to defend the Fatherland at all costs. Pieter never fires a shot, but is nonetheless complicit in the deaths of many, from those in the household who disrespect his newly arrogant ways to the hundreds and thousands in the camps he makes notes about, slightly bemused at the idea of shower rooms with no water.

“Is it really that easy for the innocent to be corrupted?” one of the staff asks after Pieter assaults a schoolfriend, summing up the theme of the novel and nudging the book, as with Pyjamas, into fable territory.

It is difficult to read this as a typical historical children’s or young adult novel – at all times we are slightly removed from Pieter, watching rather than empathising – but as a tale designed to provoke questions about morality and the nature of good and evil, it is an effective and elegant work.

Pieter occasionally questions his new belief system, but mostly embraces it: it offers him power and safety, two things he lacked as a small boy in an unkind world. The capacity for the bullied to become the bullies runs throughout, while the possibility of forgiveness and redemption, however slight, remains. Comparisons to The Boy in the Striped Pyjamas are inevitable, but also merited: this is a new fable about a boy in wartime that invites us to reflect on the best and worst of human nature.

Claire Hennessy is an author and Puffin Ireland editor