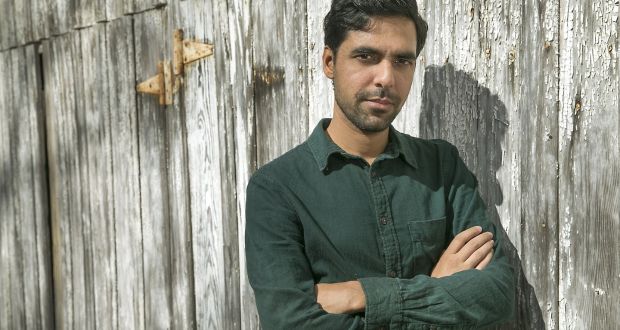 Karan Mahajan: shows the repercussions of terrorism from the point of view of perpetrators and victims

‘A good bombing begins everywhere at once.” Karan Mahajan follows through on this promise from the opening page of his engrossing second novel, The Association of Small Bombs. Centred on a terrorist attack in Delhi’s Lajpat Nagar market in 1996, the book looks at the after-effects of tragedy from the perspective of the victims, survivors and perpetrators.

Revisiting the same territory from multiple viewpoints gives a shrapnel-like effect to the narrative; information is blasted at the reader from all sides. When their first bomb fails to go off, there is a sense of anticlimax to proceedings for the Kashmiri terrorists, noted by their leader, the aptly named Shockie. After months of planning, they must settle for less collateral damage: “In the end, the death toll would be only 13 dead with thirty injured – a small bomb. A typical bomb. A bomb of small consequences.”

These small consequences loom large in the lives of Mr and Mrs Khurana, a Hindu couple who lose both their sons in the blast. Aged 13 and 11, the boys have been sent to the market by their father, Vikas, whose search through the rubble for their bodies is written with great restraint and depth of feeling. It forms a compelling opening section as Vikas and his wife, Deepa, learn that all is lost: “The best way to describe what he felt would be to say that first he was blind, then he could see everything.”

Mansoor Ahmed, a Muslim friend of the Khurana boys, walks away from the bomb relatively unscathed. Cosseted by his parents for the rest of his teenage years, the aftershock of the trauma doesn’t really hit until Mansoor leaves to study computers in the US. Set against the backdrop of 9/11, Mansoor finds himself under suspicion by his fellow students because of his religion. The buried traumas of his childhood experience are unearthed – seeing his friends’ lifeless bodies, the guilt of walking away, of surviving – and manifest as crippling pain in his hands, forcing him to return to Delhi. In the author’s pinpoint prose, Mansoor becomes “a mannequin of pain, controlled by it”.

Mahajan was born in 1984 and grew up in Delhi. His writing has appeared in the New York Times, the Wall Street Journal and the New Yorker. His first novel, Family Planning, was a social satire on contemporary India and a finalist for the Dylan Thomas Prize. This second book is more serious in tone, reminiscent of the Pakistani writer Bilal Tanweer’s debut, The Scatter Here Is Too Great (2014), in its aim to show the repercussions of terrorism from multiple angles.

Film-maker Vikas turns to documenting the bombing as a way to understand his loss. Beautifully described as “one of those people who are lost within themselves”, Vikas is unable to part with his grief, driving a wedge between himself and his wife and causing him, in a moment of brutal honesty, to acknowledge that he hates the late-born daughter they hoped might patch up their fractured lives: “Self-pity welled in his chest. It was a familiar, even comforting sickness, like the pleasure that a bulimic must feel when the food first starts rising.”

Through the pursuits of his characters – Vikas’s film-making, a politician uncle, Mansoor’s involvement with activists, his friend Ayub’s growing disillusionment, terrorist Shockie’s awful euphemism for his work, “making chocolate” – Mahajan explores the political unrest in contemporary India, which has been ticking on a timer over decades. From the politician Jagmohan, “the demolition artist of the Indian state”, to Ramzi Yousef’s bomb in the basement of the World Trade Centre in 1993, to the poverty of rural India where “Gorakphur is one of the armpits of the universe”, pain and violence are linked time and again.

This topic is most vividly rendered through the character of activist Ayub. Once espousing peace and visualisation techniques to help Mansoor overcome his pain, the end of a relationship and his frustration at the impotence of activism to change policy sees Ayub eventually take the path towards violence: “I had always thought you had to educate others about your pain, show them how to solve it. Now I realise you have to make them feel it.”

It is a chilling echo of another perspective on the logic of violence, seen through the eyes of a terrorist mastermind elsewhere in the novel: “I think the small bombs that we hear about all the time, that go off in unknown markets, killing five or six, are worse. They concentrate the pain on the lives of a few. Better to kill generously rather than stingily.”

But to families such as the Khuranas and Ahmeds, who are affected by those “small bombs” of terrorism, Mahajan reminds us that the scale of an attack is irrelevant. Killing is killing, no matter the purpose. And the aftershock will leave “a pain that could slip into every fold of the body”.

Steve Wall on his family’s tragedy: ‘It was a year from hell’