Teethmarks on My Tongue review: darkly witty tale of a girl interrupted 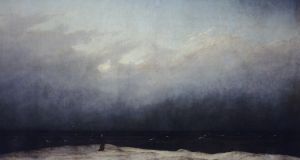 Book Title:
Teethmarks on My Tongue

Eileen Battersby, the Literary Correspondent of this newspaper, is the author of two previous books: Second Readings, a collection of essays and reviews, and Ordinary Dogs, a memoir of two of her beloved companions. Now she has written a novel, entering a field where literary critics go at their peril, their particular gifts not usually conducive to telling a story so much as, say, ideating one.

The good news is that Battersby’s Teethmarks on My Tongue is a fine work for the most part; the odd news is that it is the third significant novel published this year that concerns itself with a woman and a horse. (The others are CE Morgan’s The Sport of Kings and Margot Livesey’s Mercury, the latter out here next month.)

The book opens in 1986 with the teenaged narrator, Helen Stockton Defoe of Richmond, Virginia, an only child, watches her mother shot to death on television by an unhinged lover, an event caught on camera and shown to the world.

It is a terrible thing, though it must be said that, disappointed in her daughter’s horsiness and disregard for feminine trappings, Helen’s mother had pretty much withdrawn her maternal attention. Though a native of the midwest, she had taken on the flibbertigibbet ways of a Southern belle, complete with a “fey Scarlett O’Hara warble”.

Helen’s father, a distinguished equine veterinarian and owner of a number of horses, is a chilly, disparaging man, cuttingly critical of his wife and specialising in devastating forms of mental cruelty towards his daughter. He repulses any approach to intimacy and mocks Helen’s aspirations, seeming to find satisfaction in dismantling her view of herself.

Helen, reticent both by nature and in protective retreat, lives in her own world of astronomy and Renaissance astronomers. Her chief occupation, aside from schoolwork, is training one of her father’s horses, a difficult, ill-tempered thoroughbred whom she calls Galileo. She feels no sentimental attachment to this creature whatsoever: “Had I tried to hug him he would have bitten me for sure.”

Still, Galileo is something special, and Helen pins great hopes on him as her mount in equestrian competitions. She takes private instruction from a former Olympic equestrian, only to have her father, with her instructor’s connivance, sell the horse to the French Federation.

This double betrayal comes on the heels of Helen winning the state science competition with a project on the astronomer Galileo, a work which her father dismisses as “history masquerading as science”.Just when we’ve had about all we can take of this badness, Helen makes a break for independence and heads off to France.

In Paris she discovers another level of alienation: She can neither understand the people nor they her. (“What kind of French had I been learning at school? All those A’s . . . ”) Very quickly Helen gets herself into a squalid and degrading situation with a truly repulsive man, and her ever-present capacity for self-loathing achieves new dimensions:

“This wretched little skunk, so devoid of honor yet how easily he had fooled me, the girl voted by my school as most likely to win the Nobel Prize, he had categorized me as an idiot and that stung me hard.”

At this low point, Helen is adopted by a lost, very old, and, as it happens, incontinent dog. She calls him Hector and begins to shape her life around his requirements, “wondering,” she tells us, “where to head for in mainland Europe with my elderly bed wetter.”

Thus starts a funny, moving relationship, among its challenges being an attempt to purchase a rubber sheet in a French shop, “miming puddles and catastrophes until a small crowd of staff and random customers reached a communal agreement as to my chronic incontinence”.

Until Helen finds Hector, the chief emotions she has experienced – or allowed herself to experience – have been rage, grief and humiliation; now she feels love and purpose, overwhelming and fulfilling. A stroke of luck and her own determination secure her a job at a horse-training establishment in the Loire Valley and a new set of relations develops as does another love – this time with a man.

I shall leave the plot there, except to say that it holds further stunning betrayals, debilitating grief and (lest you think of bailing out) joy, as well as tonic doses of humour.

The novel’s excellence lies in its deftly emblematic detail, dark wit and, above all, psychological astuteness. Battersby gets across a young person’s sense of tragedy and loneliness, the feeling that setbacks and losses are unrecoverable. And she shows the formation of character: Although Helen’s mother is dead and her father remains back in Richmond, the two are always present in her head.

We observe Helen’s own sense of self developing out of a welter of resistance, ambivalence, and identification, until finally she sees her parents’ own tragedies of personality and predicament and comes into herself. All this is conveyed in the context of actual events and experience, amid life’s daily doings – which is to say, not as purely abstract ruminations.

Teethmarks on My Tongue truly is a bildungsroman, so much so, in fact, that it even ends in Germany. Helen travels there to view the paintings of Caspar David Friedrich, with whose Romantic loneliness she identifies.

Still, the book stumbles at the end in a most unaccountable way. For nearly 400 pages, Helen has made us privy to her every deed, thought and emotion, and has kept us apprised of her bruises, sprains, exhaustion and impressive array of gastrointestinal disturbances. But when we arrive at the second to the last page, we discover that we have been kept ignorant of a critical development.

Are we expected to believe that our narrator was ignorant too? Perhaps, but I guess we just won’t. It makes a most puzzling finish to a remarkably accomplished work.

Katherine A Powers received the 2013 Nona Balakian citation for excellence in reviewing from the National Book Critics Circle. She is the editor of Suitable Accommodations: An Autobiographical Story of Family Life – The Letters of JF Powers, 1942-1963.