This collection of Tara Flynn’s writing is zingy, humorous and moving 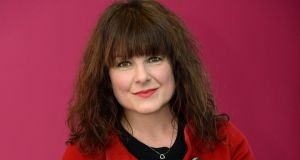 Book Title:
Rage-In: The Trolls and Tribulations of Modern Life

Just who does Tara Flynn think she is? The tone in which you hear the question may suggest where you stood on last month’s abortion referendum. Is she an upstart comedian, telling the rest of us what to do? Or is she the voice of a previously unheard-slash-disregarded generation?

Rage-In: The Trolls and Tribulations of Modern Life is a collection of her writing on headstuff.org, the collaborative hub that puts “buckets of interesting stuff in one place”. A couple of new additions aside, Headstuff published most of the pieces in 2016 and 2017. (Including the original publication date for each piece would have been useful in helping the reader contextualise those that are clearly responding to topical events.)

It’s billed as a series of essays, though “essays” doesn’t sit quite right over all the content. Some pieces feel more like commentary come up for a quick breath, while others are powerful and moving, her personal experience kicking open the door to a universal truth.

There are two Tara Flynns in this book. The first is an actor, comedian and author. We meet her in the introduction, which has the jovial bemusement – “Now, let me be the first to say that my being a topical commentator is a terrible idea” – we expect from the author of Giving Out Yards: The Art of Complaint, Irish Style and You’re Grand: The Irish Woman’s Secret Guide to Life.

Then we encounter another Tara Flynn: “2015 got strange again when I decided to publicly share the story of my travelling to the Netherlands nine years earlier for an abortion . . . By the end of that challenging year, I found myself an activist, whether I liked it or not.”

This is the person Ireland has become more familiar with, a woman unafraid to call out ignorance, meanness and stupidity. The “I found myself” is telling. Her life since 2015 has been lived in public; “being a mouthy woman means people aren’t backwards about coming forwards to tell you how shit you are”. That year the American comedian and writer Jim Norton wrote in Time that Americans were addicted to the buzz of being offended. Based on the worryingly hysterical behaviour of Flynn’s trolls, the addiction is rife here too.

Quite early on she wonders what happens when real life goes beyond comedy. “Even fake rage is losing its comic appeal. Satire only works with the tension of making anger funny and the funny angry.”

It’s up to the reader to ask what happens when the comedian turns serious. Plenty is the answer. Flynn explores a low-level constant anxiousness about society, a grumbling appendix of worry and frustration that has become so familiar to many of us. The writing is zingiest and most successful when the humour is a happy byproduct of the material rather than the other way around.

By turns caustic and compassionate, Rage-In is a plea for empathy. From wondering why people don’t apologise when they’re in the wrong to urging women to fight the scrapheap of ageism, plus her well-known participation in the campaign to repeal the Eighth Amendment (the book went to print before May 25th), she lands on a score of contemporary truths. Do not be ashamed of being kind, she urges us.