Sylvia Plath’s youthful letters rescue her from the bell jar 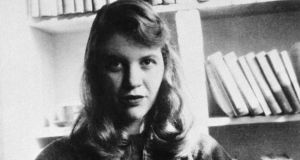 The Letters of Sylvia Plath, Volume 1, expertly edited by Karen V Kukil and Peter K Steinberg, is the product of seven years of archival work and transcription. It offers a portrait of the artist as a young woman, in her own words. This collection is inspiring, humorous and varied, and challenges everything we thought we knew about Plath.

Her life and words have long been the subject of public fascination. Films, memoirs and plays – mostly of a tragic persuasion – have been written about the Pulitzer Prize-winning poet, who remains one of the most popular female writers in the world today. A lesser artist would be overpowered by such a strong cultural presence, but Plath is always underpinned by her work. The striking, daring beauty and wit of her poetry and prose insist that despite myriad cultural images presenting different versions of Plath, her words speak for themselves.

It is in this spirit of speaking for herself that Letters has been published. At more than 1,300 pages, this collection can be described as a tome. Spanning young adulthood, 1940-1956, Plath corresponds voraciously with publishers, friends, family and beaus through her school and college years.

Overall, her letters offer a fascinating insight into the life of a young, white, American woman in the mid-20th century, on the precipice of the second-wave feminist movement. In a 1952 letter to a female friend, Plath laments, “I am envious of males. I resent their ability to have both sex (morally or immorally) and a career. I hate public opinion for encouraging boys to prove their virility & condemning women for doing so.”

From correspondences such as these, readers can feel the pangs of sexual, emotional and cultural revolution in the air – liberties that are so slightly out of reach for Plath’s own generation.

But Plath was not just an ordinary American woman. She was also a creative genius who had a relentless ambition to make her mark on the world. Each letter begets a greater purpose and can be seen through the lens of history as a work of art in its own right. Her writing style is animated and full of vivacity, allowing readers to feel Plath’s passion for life, a passion complemented by the book cover, which shows a photograph of a radiant Plath during her “platinum summer” of 1954, smiling and carefree. She is no longer simply a tragic literary figure.

And yet there is tragedy in these letters. Poignantly, the collection begins with a young Plath writing to her father, sending him good wishes for his health in the months before his death: “I am coming home soon. Are you as glad as I am?” This loving communication between daughter and father is a far cry from the eviscerating Daddy Plath would write in adulthood, going some way to dispute impenetrable biographical readings of this poem.

The letters give the public for the first time an insight into some of the most formative moments in Plath’s life, which she would later realise in fiction in The Bell Jar. Plath writes about her excruciating experience working for Mademoiselle magazine in New York city in the summer of 1953 before her mental breakdown and suicide attempt.

In an emotional letter to her brother Warren, she depicts New York: “I have been very ecstatic, horribly depressed, shocked, elated, enlightened, and enervated ... all of which goes to make up living very hard and newly.” Interestingly, in the weeks after her breakdown and admittance to McLean Hospital, Letters is marked by an absence of words. Plath writes very little in the late summer of 1953, suggesting that for the first time in her life, she had been afflicted by a pain so deep that words became redundant.

But Plath survived her depression in 1953, and we witness her claw her way back to life, graduating from Smith College and being awarded a Fulbright Scholarship to Cambridge University. It is at Cambridge that Plath met and married the poet Ted Hughes, and perhaps the chief importance of this collection is that it casts a new light on this relationship. Certainly, Plath gushes and enthuses about Hughes and his genius in letters to her mother, but it is in the letters between the couple where their serious creative bond is revealed.

Hughes is continually Plath’s biggest supporter, critiques her work, encourages her and takes her feedback on his work seriously. Writing to her husband in 1956, Plath affirms Hughes’s positive impact on her creativity: “I feel too, very strongly, that I could work better it I were living properly with you ... I can probe & root most deeply & well when planted every minute in the rich, almost unconscious feeling of your presence.”

These letters offer a more sympathetic reading of both Hughes and this famous literary marriage, and will no doubt be a boon for scholars and fans alike, producing new readings that interpret the links between the work of these two poets, rather than the divisions.

Dr Maeve O’Brien is a teaching fellow in the school of English and history at Ulster University, which hosts Letters, Words and Fragments: A Sylvia Plath Conference on November 10th-11th

Tom Hanks on Covid-19: ‘I had crippling body aches, was fatigued all the time and couldn’t concentrate’
Real news has value SUBSCRIBE