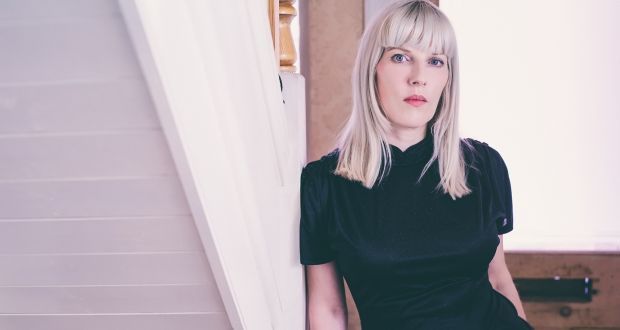 Wendy Erskine’s voice is noticeably Northern, however, with a dry wit that is often found in the most unlikely places.

“They passed the bottom of his road and suddenly it looked beautiful. The sun was hazy in the trees and there was a guy out washing his car, clots of suds gleaming on the road. Barry thought how he never knew before that he loved that road. It was just the road.”

Life changes in an instant for Barry, the narrator of the closing story of Wendy Erskine’s debut collection Sweet Home. With it comes the dreadful realisation of how good things were before. The Soul Has no Skin is a powerful end to a captivating collection whose quality is all the more remarkable for the fact that its author had never been published before coming to the attention of The Stinging Fly’s Declan Meade.

Three stories in Sweet Home have appeared in recent issues of the literary magazine, two of which bookend this collection. In the final story, Barry works a dead-end job in a catalogue shop where his co-workers are “guys who’ve messed up and gone off track”. While he watches those around him piece their lives back together, a fleeting moment in a playground years earlier has determined Barry’s own track and the unlikelihood of him ever finding his way back on it again. Skilfully spliced between past and present, his situation is heart-rending on the page, a young man with a painful skin disease who “seemed to himself a crude and hulking lump”.

It has a similar impact to Dinosaurs on Other Planets, the wonderful closing story of another Stinging Fly affiliate, Danielle McLaughlin. The Cork author’s collection is perhaps too neat a comparison for Erskine’s writing, but both authors have an affinity for exposing the hurt and loneliness of characters across a range of different backdrops.

Erskine’s voice is noticeably Northern, however, with a dry wit that is often found in the most unlikely places. In To All Their Dues, the thuggish Karl shakes down local businesses for money, his abhorrent attitude suddenly comic as he tries hypnosis to deal with his anger: “Kyle threw the cushion on the floor. I don’t think we’ll be needing that, mate.” In Inakeen, the loneliness of Jean, mother to a self-centred adult son consumed by his own problems, manifests in an obsession with her neighbours. An absurd twist with a duvet sheet brings home the humour and depth of her isolation .

Cheeky teenager Cath, a pitch-perfect voice, is a fitting narrator for Observation, the story of Cath’s best friend Lauren, whose narcissistic mother views her daughter as a rival. The just-desserts turn of events is both satisfying and disturbing, as Lauren’s outlook – “I can take care of myself, Lauren said. Done it for years” – leads her into a situation that is morally complex and liable to damage.

More dry humour emerges in a cafe run by recovering addicts in Last Supper, where two young workers have sex in a bathroom in front of customers. Their defence? It’s not as bad as a friend who once had sex during a tour of a concentration camp. The owner Andy responds, “It’s not Belsen, but it is a workplace.”

The downtrodden in the community is a focus for Erskine, as is the importance of work for people who are struggling or rebuilding their lives after trauma. It recalls another recent debut collection from Northern Ireland, Kelly Creighton’s Bank Holiday Hurricane, whose stories of mothers in prison and bereaved parents have counterparts in Sweet Home.

The titular story of the collection starts with the wide lens of a community centre and homes in on a couple newly arrived to Belfast, wealthy architects who have relocated after the death of their child. A working-class couple who come to work for them bring their own interesting perspectives, along with a little boy whose appearance makes for a fraught reading experience. In this and other stories, Erskine shows restraint as a writer, dealing sensitively with material that has the potential to be salacious or overdramatised.

The penultimate story shows stylistic ambitions beyond the rest – 77 pop facts you didn’t know about Gil Courtney, as its title implies, is in listicle format. It gives a cumulative effect that grows to a moving story of an almost-ran, but it’s harder work than others within the collection. The form, particularly at the beginning, makes it easy to scan.

Erksine is at her best when she gives the narrative over to the authoritative, pulsating voices of her characters. Susan the architect “once cut her hand almost to the bone with a tin opener”. An unhinged schoolteacher remembers herself as a younger woman, “a strong, sunburnt, sapling body poured into a tight dress”. And back to Barry, the desolate soul who finishes the collection, trying to convince himself that there is, “Nothing wrong at all, years ago now, years ago, and so much in between”.