Who is your favourite serial killer? Why is your nose so big? Daniel Seery lists the oddest queries his fellow authors have faced and some sharp responses 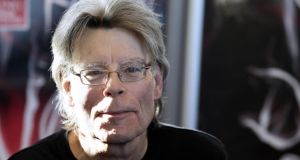 Stephen King: “People want to know why I do this, why I write such gross stuff. I like to tell them I have the heart of a small boy… and I keep it in a jar on my desk.” Photograph: Kenzo Tribouillard/ AFP/ Getty Images 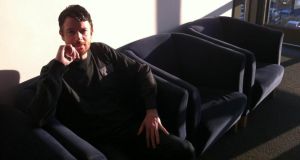 Daniel Seery: As Saul Bellow said: “Readiness to answer all questions is the infallible sign of stupidity” 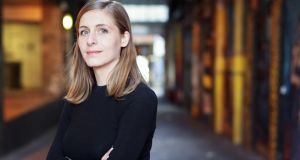 Eleanor Catton: the author of The Luminaries says she has “observed that male writers tend to get asked what they think and women what they feel.” She says that in her experience, and that of a lot of other women writers, all of the questions from interviewers tend to be about how lucky they are to be where they are. 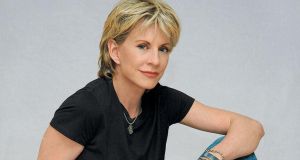 Patricia Cornwell: If fellow writer Bernard Cornwell had a euro for every time he has been asked if he was related to her ... Photograph: Debra Gingrich/ CEI Enterprises

So … a couple of months ago, a group of readers kindly invited me to attend one of their book-club meetings to discuss my work and, of course, I gladly agreed. I could say my eagerness to participate was in some way due to the offer of a free cup of tea at the event. Or I could claim I was persuaded by the assurance that in the whole history of this particular book club, no writer has ever been attacked or seriously harmed at one of the meetings. But truthfully, the opportunity to receive feedback on my book from a group of avid readers was too good to turn down.

Shortly after, I began to think about the type of question I might be asked during the evening. Open forums and interviews can often prove to be unpredictable affairs and this set me about considering the most unusual questions other writers have been asked. Trawling through some online newspapers and blogs I came across a scattering of odd interview queries, like the time Jodi Picoult was asked if she would rather be able to “sing really well” or have the ability “to fly”, and the time Rachael Hanel was quizzed as to who her favourite serial killer was. It’s worth noting here that Hanel doesn’t write crime fiction.

With Stephen King, it’s not so much the question but the response. When asked about his work he said: “People want to know why I do this, why I write such gross stuff. I like to tell them I have the heart of a small boy… and I keep it in a jar on my desk.”

This kind of response might work for the King of Horror but if I gave an answer like this there would probably be some kind of follow-up investigation and I’m just too busy at the moment to be dealing with search warrants and forensics and questions about my relationship with my mother.

Researching further interviews, it soon became apparent that female writers are often asked different questions to their male counterparts, sometimes inappropriate things about their personal life and family. Eleanor Catton, author of The Luminaries, explains that she has “observed that male writers tend to get asked what they think and women what they feel.” She says that in her experience, and that of a lot of other women writers, all of the questions coming at them from interviewers tend to be about how lucky they are to be where they are. The interviews much more seldom engage with the woman as a serious thinker, a philosopher, as a person with preoccupations that are going to sustain them for their lifetime.

Depending on the interviewer, the type of questions aimed at women can range from body image to their children, even to their preferred execution method, something Hilary Mantel was asked about once on a radio interview.

“If you had to be beheaded centuries ago,” the interviewer asked, “would you have preferred the guillotine, or the axe or sword customarily used in England?”

Not sure if it’s just me but I could probably think of a few more interesting things to ask an author who has twice won the Booker Prize.

When Nadine Gordimer was asked about the most demeaning thing said to her as a writer she gave an answer that could easily tell you a lot about a child’s view of a parent.

Gordimer said: “My eight-year-old son, when asked by a school friend what his mother’s job was, said ‘she’s a typist’. True, I was in my study typing some fiction or other at the time. I overheard, through my window, his judgment in the garden.”

I suppose most young kids wouldn’t be overly impressed that their mother has won the Nobel Prize for Literature. But it’s from within the minds of kids that the truly unusual questions and comments come. On being quizzed as to the weirdest thing a fan has ever said or given to him, Andy Staunton, author of the Mr Gum series of books for kids, said: “I’ve been given a cake made with eggs laid by chickens named after my characters. That was pretty strange but I’m not complaining. It was delicious. Another family named their cats Mr Gum and Billy William the Third, and proudly presented me with a photocopy of their last vet’s bill to prove it. Kids ask amazingly strange questions at book events, so I’ve got plenty to choose from. Here are some of my favourites: ‘What was the first mug you remember?’; ‘Can you mend my key-ring, it’s broken?’ and the truly memorable ‘Why is your nose so big?’

Sometimes it’s not about what is said but how the writer acts in the interview, as was the case with Brendan Behan in an interview on the BBC, described here by the interviewer, Malcolm Muggeridge: “My TV interview with Brendan Behan is to me a memorable one, because he was drunk and did not utter throughout it one single comprehensible word. For Behan the experience was decisive. The papers next day were full of him and, Miss [Joan] Littlewood told me, several West End [theatre] managements, hitherto uninterested in his play, telephoned offering to put it on. So Behan learnt … that one drunken, speechless television appearance brought more of the things he wanted, like money and notoriety and a neon glory about his head, than any number of hours with a pen in his hand.”

I suppose the thing I try to keep in mind is that if there is not enough time to give a considered answer to the question then there’s no harm in admitting this. As Saul Bellow said: “Readiness to answer all questions is the infallible sign of stupidity”. But from looking at most interviews it seems the same type of queries arise, or for some writers, even the same question, like the following collection of genuine questions that Bernard Cornwell has been asked by different visitors to his webpage. Look closely and you might notice a recurring theme.

Q. Are you Patricia Cornwell’s husband? She’s also one of my favourites.

Q. Sir: Was just wondering if you are any relation to Patricia Cornwell, the writer of the Dr Kay Scarpetta series of books? It seems to be strange that 2 of my favourite authors share the same last name. Also, have just finished all of your books and am looking forward to future publications.

Q. Here’s my question, and I apologize, because it’s sappy: are you related to another well-known author residing in the US, one Patricia Cornwell? Just wondering.

Q. Dear Bernard, I love your book series! The books are very clever! But, I was wondering if you were related to another very good writer, Patricia Cornwell?

Q. Your surname is familiar to me, Mr Cornwell. Do you have any connections with the Sussex Weald and are you any relation to a Patricia Cornwell?

Q. One question. I have just completed a Patricia Cornwell novel. As Cornwell is not that common a name, I wonder is her skill at writing inherited or is she no relation?