Sharp and unflinching portraits of Chinese immigrant families in the US 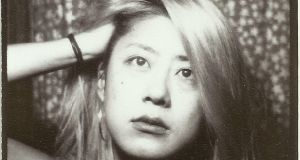 Sour Heart is a fitting title for Jenny Zhang’s debut collection, whose seven stories offer sharp, unflinching but ultimately charitable portraits of Chinese immigrant families in the US. Centred on immigrants who have left behind lives as academics and artists to deliver takeaways in 1990s New York, the collection’s interconnected stories are told by the teenage daughters of overwrought parents. With a voice that is relatable yet wonderfully original, Zhang explores themes of sexual awakening, identity, poverty and integrating as an immigrant in the western world.

The narrators we meet along the way – Christina, Mande, Stacy – each have “two names, just like all the other Chinese people in America”. In My Days and Nights of Terror, Mande thinks her father and mother have beautiful faces “but my father corrected me, ‘not in America, we’re ugly’, and it’s that simple. They look at us and think we’re cretins”. In a collection where it is difficult to pick a stand-out story because each leaves such a mark, Mande’s tale is perhaps the most comprehensive study of what it means to be a young immigrant: tiger parents who make their daughter copy articles from the New York Times; episodes of burgeoning sexuality through violence; the myth of the sadist high school bully who leaves a victim “candycane swirled with her own blood”; the vicious fights between parents who have no money.

Warring couples and dissatisfied wives appear frequently in Sour Heart, beginning with the stellar opening story We Love You Crispina, which sees a family share numerous rooms across the boroughs of New York with other immigrants. The young daughter Christina sleeps “between my mom and dad who whispered through me like I was air, like I was their phone cord”. Despite degrading conditions, an unfaithful father and having to send their daughter back to China for a time, the family’s love for each other shines and ultimately saves them.

Other immigrants take a different approach. In Our Mothers Before Them, Annie’s mother appears initially as a neurotic narcissist with “twice weekly meltdowns”. It’s a clever piece that shows the immigrant plight from multiple perspectives, including a beguiling revenge story from the village of Nanchang Iontang, which comes with the warning: “Everyone knew the fastest way to the top was to be someone no one wanted to cross”.

Parental relationships are the focus of the collection but other family ties also feature. Jenny, the narrator of The Evolution of My Brother, is ready to bolt out the door to college, longing to be free from her overprotective parents. Her younger brother’s loss is beautifully depicted, as is the switch in sentiment that develops the longer she stays gone.

Born in Shanghai and raised in New York, Zhang is the author of a poetry collection, Dear Jenny, We Are All Find, and a book of poems and essays, The Selected Jenny Zhang. Her collection is the first title to be published by Lena Dunham’s new Lenny imprint in the US. Contemporaries such as Christine Sneed, April Ayers Lawson and Merritt Tierce have similarly sharp insights on growing up in the US, but Zhang’s perspective is unique.

A dry humour with pinpoint timing is used to relate many of her characters, most memorably the grandmother in Why Were They Throwing Bricks? The great opening line – “I lost hearing in this ear when a horse jumped over a fence and collided against the side of my face” – is one of many untruths Stacy’s pathological liar of a granny tells when she comes to visit from China (and refuses to leave). Her outrageous lies become “the strange trivia to our family history”. Later on, the narrator realises that “one of trauma’s many possible effects was to make the traumatized person insufferable”.

The need to be noticed and remembered is a recurring theme, not only for those separated by immigration. Lucy, the attractive teenager in The Empty the Empty the Empty, is “a child who was in real danger of becoming someone no one would want to know”. Her story of a relatively charmed existence takes a dark turn late in the tale. Endings are something Zhang excels at, with each of the stories finishing imaginatively and often with great impact.

The final story, You Fell into the River and I Saved You!, brings the reader full circle as Christina returns as an adult with her Chinese name, Xiao ning ning, revealed. As the family takes a trip down memory lane around the boroughs, a younger sister who never experienced the hardship wants to know how they all lived in one room in Brooklyn for $180 a month. “I didn’t know either how any of it had been possible,” her older sister replies. “It was one thing to live through, it was another to remember”.